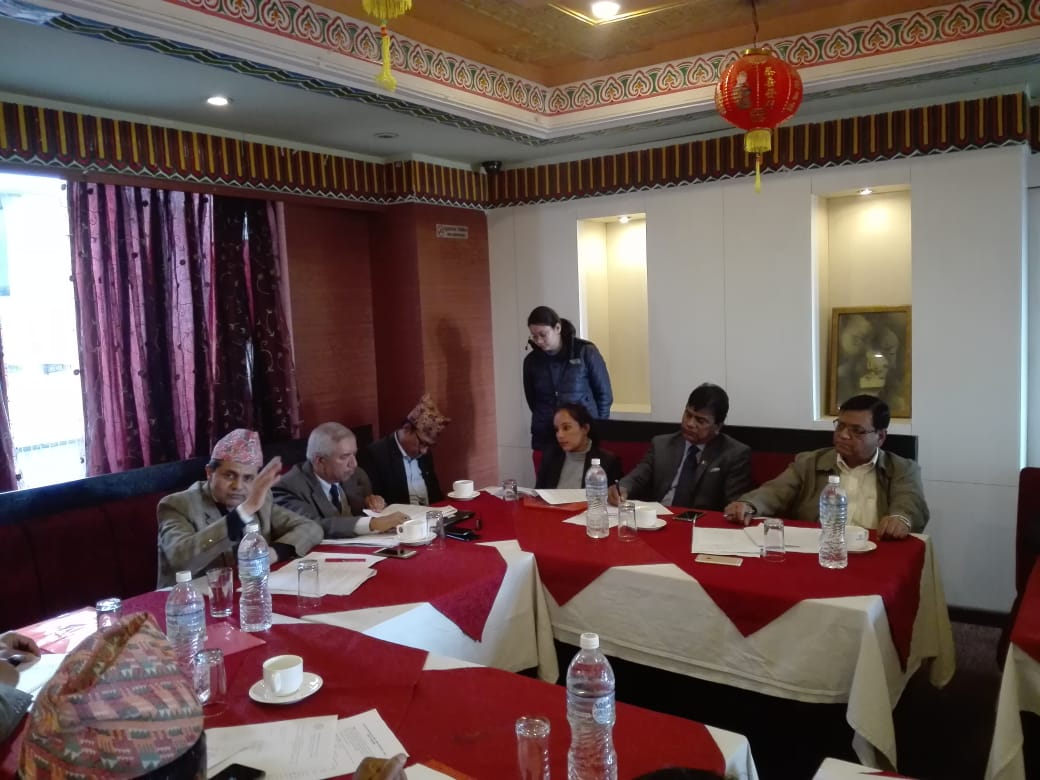 The government has recently tabled a bill in the House to determine the basis and standards related to the constitution, work, duty and rights of Provincial Civil Service Commission. Nevertheless, the bill incorporates a plethora of provisions to ensure a huge say of the Centre. This goes against the federal fabrics of our Constitution, say the stakeholders and experts.

As per Section 3 of the Bill, state civil service officers will have to face the written examination, interview, or the other assessments prescribed by the state public service commission. The provision empowers the states to conduct the written test for the recruitment of state police forces.

Section 7 envisages that the candidates appearing for the public service examinations in the provinces shall write papers in the official language of the federal government. Article 7 (1) of the Constitution says that the Nepali language written in Devanagari script shall be the language of official business in Nepal. On the other hand, Article 7(2) provisions that a province shall select one or more national languages (in addition to Nepali) as the language of official business.

This way, “The bill grossly fails to quicken the pulse of linguistic diversity as well as federal principles. It reflects the unitary mind set of the state,” said Surendra Mahato, a senior advocate at the Supreme Court of Nepal, in an interaction programme organised by Kathmandu University School of Law Dhulikhel on Friday in Kathmandu. He further said that the bill appears to be originated from the centralised mind set of bureaucracy which prefers accumulation of power over the devolution of power.

At this background, it bears relevance to discuss the practice adopted by India. In India, the candidates are allowed to use any one language from the Eighth Schedule of the Constitution or English or the official language of the state as the medium of examination in different public service commission examinations. The Eighth Schedule of Constitution lists 22 languages that include Nepali, Maithili and Hindi.

“This bill deserves to be modified from the very preamble to the concluding provision as it miserably fails to address the basic federal principles envisaged in our Constitution,” further said Mahato. He was also of the opinion that the provisions in bill offer minimal autonomy to the provinces which would ultimately foil the creativity of the second tier governments. “The provisions demonstrate that the states are merely the implementing agencies of the policies formulated by the Centre.”

Mahato added that a federal state ought to foster diversity “but this bill seeks to nurture uniformity.”

However, Dr Bharat Raj Gautam, main speaker in the programme, was of the view that the provision relating to language in bill is in furtherance of the Constitution and the principles and standards laid-down by the Public Service Commission (PSC). “The candidates appearing the examinations of the State Public Service Commission (SPSC) ought to write papers in Nepali or English. This provision would maintain uniformity and advance the standards and norms of the PSC,” said he. He claimed that the bill establishes sufficient nexus with the federal principles enshrined under the 2015 Constitution.

Gautam further said that the bill ought to have ensured the representation of women in composition of State Public Service Commission envisaged under Section 3. “Initially, this bill should be taken as an instrument supporting the ‘standards and principles’ of the PSC,” said Gautam.

But, “The bill does not shed light on those ‘standards and principles’ of the PSC,” said Mahato, adding, “This bill is not in the line with the constitutional spirits.”

Seconding the view of Mahato, Mangal Bahadur Menyangbo, an advocate, said that the bill seeks to confer power on limited hands which neither supports the federal principles nor address the concerns of marginalised communities. “It reflects the unitary mind set of the state.”

Likewise, Ang Dawa Sherpa, a former lawmaker, said that the bill lacks provisions to supplement the federal fabrics of the Republic. “The bill ought to have addressed the linguistic and cultural diversity and conferred power on the SPSC to discharge functions without consulting the PSC,” said she.

At this backdrop, Dr Surya Dhungel, a senior advocate and an eminent expert of Constitutional Law, said that it's high time to understand that the grant of provincial autonomy does not necessarily enable the centrifugal forces to take root. “Those who oppose federalism by advocating a strong centre have never understood the beauty of the devolution power,” added he.

Section 9 of bill prescribes that the SPSC will consult the PSC while drafting the policies relating to the public services. The SPSC is also required to take the PSC into confidence while initiating departmental inquiries or promotions of the staffs in service.

Also, the bill says that the PSC shall always be consulted while formulating the policies regarding the appointment and promotion of police staffs in state. This way, the states are offered minimal say which secures a federation with strong centralising tendencies.

However, in India, a SPSC discharges all those functions in respect of the State Services as does the Union Commission in relation to the Union Services.

The speakers in the programmes stressed on the need of maintaining diversity than uniformity in the Federal Democratic Republic of Nepal. “The centralised decision-making tendencies in a federation can tarnish the federal republican character of the state by suppressing the local concerns and introducing inadequacies which are not favourable to our federalism,” said Lal Babu Yadav, a former Constituent Assembly member.