Guarantee a breath of fresh air 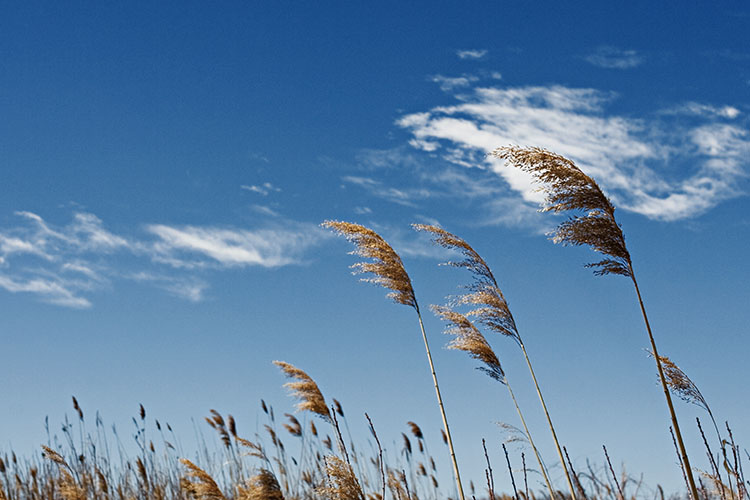 It's often said that progress and pollution go together. There can be no end to progress, consequently, no escape from pollution. For the progress of society and wider distribution of economy, industries, private employment opportunities or developing activities are necessary, thereby, pollution is inevitable.

What is pollution? Environment Protection Act, 2053 BS (1997) under Section 2 (b) provides the definition of pollution in an ‘inclusive’ form. The provision envisages: Pollution means the activities that significantly degrade, damage the environment or harm the beneficial or useful purposes of the environment, by changing the environment directly or indirectly. This way, pollution is the presence of any pollutants in the environment eroding it.

Arguably, pollution invites risk on human health, property, plants, animals or the overall ecological system. At times, it's seen that the private as well government institutions—either through their policy frameworks or inaction—contribute to pollution.

Keith Hawkins, the admired commentator of Environmental Law, has rightly observed that pollution is an administrative creation. If a legal person (e.g., company) discharges chemicals and/or energy into environment in accordance with the conditions of a licence issued by a regulator, there is no pollution within the meaning of the relevant legislation under which licence is issued.

In order to constitute an environmental crime, breach of licence is condition precedent. Susan Wolf and Neil Stanley in their co-authored book Environmental Law, argue that “if the breach is minor, the regulator is likely to exercise its discretion not to prosecute, but may nevertheless ensure future compliance with environmental law, for example, by serving the polluter with an enforcement notice.” Nevertheless, the enactments command the state to adopt measures to control or abate the pollution but their implementation has become a story so far. For instance, Section 16 of Public Roads Act, 2031 casts a duty on the Department of Roads to plant trees on the right and left hand sides of a public road and also obliges the local authorities to take care of the planted trees. But this law is merely limited to papers.

Also, Rule 17 of Environment Protection Rules, 2054 BS (1997) empowers the regulatory authorities to entertain complaints from any person, institution, industry or local bodies against the polluter/s. Rule 15 authoritatively and explicitly disallows any person or institution to emit or cause to emit noise, heat or waste that could possibly harm the natural environment. However, the body concerned may issue notice to control or abate the pollution or in case if the polluter (intentionally or unintentionally) does not give effect to the notice, then the body concerned may remove such waste at its own cost, which would be realized from the polluter in question (Rule 20). Moreover, Rule 45 empowers any persons or institution to seek compensation from the polluter/s. Rule 45 mirrors Section 17 of the Environment Protection Act, 2053 (1997). This legal arrangement, in one or some other way, acknowledges celebrated principle of environmental law ‘polluter pays principle’.

The Environment Protection Act, 2053 is a special legislation relating to the protection and promotion of environment wherein the ‘Environment Inspector’ provisioned under Section 8 is empowered to adopt all measures to mitigate the pollution or punish or impose fine of up to Rs. 100,000 from the polluters under Section 18.

The relevant provisions of newly enacted Country Criminal (Code) Act, 2018 could be invoked for punishing the outliers. To mention a few provisions: Section 111 (Punishment for persons causing water pollution: imprisonment up to three years or fine of NPR 30,000 or both); Section 112 provisions for imprisonment for a term of one to five years against a person found causing pollution; and Section 113 slaps a fine of up to Rs. 25,000 for the act causing disturbance to public roads, rivers or other public places.

Much like the anti-pollution laws, the apex court has pronounced scores of landmark judgments to fight against the pollution. It bears relevance to revisit the leading case laws in Nepal which have potential to quicken the pulse of this year’s Environment Day theme of ‘Beat the Air Pollution.’

In the case of Prakash Mani Sharma v Ministry of Environment (2059 BS), observed that the priority should be given for lessening the impact of pollution emanating from brick kilns operating in the vicinity of densely populated areas, schools, cultural and touristic zones. Immediate measures are to be taken to lessen adverse impact in such areas. The Court directed the government to form a team comprising representatives from various ministries along with the representatives from the petitioner--Pro-Public--to determine the number of industries that have polluted the environment, and those that have installed pollution- protection device and those that have not. The highest Court ruled that right to employment is not an absolute right, meaning thereby a developer or any industry is not exempted from prosecution merely because it provides jobs or explores opportunities for the jobs.

In Ratneshwor Prashad Sharma v. Office of the Prime Minister, His Majesty Government (2061 BS), the topmost court validated the ‘Finance Ordinance, 2060’ which had imposed 10 percent of additional tax on the vehicles more than 14 years old. The contender’s contention that the law was unreasonable or against the rule of equality was set aside and the court stated that the law was within the ambit of “reasonable classification.”

Likewise, the Supreme Court validated the government's decision of banning the Vikram Tempo (in the case of Kedar Bhakta Shrestha v His Majesty Government of Nepal, 2058 BS) in Kathmandu valley.

As Nepal goes fully federal, the instrumentalities of the state should not shy away from investing in protection and promotion of environment citing lack of institutional capacity. The Central government under Schedule-V, entry 27 and State governments under Schedule-VI entry 19, and both governments under Schedule-VII entries 12, 18 & 23 have mandates to act on national ecology and of course, on sanitation, clean and healthy water, wildlife conservation or forestation. Nevertheless, there are ways they could partner with private citizens as well as NGOs for realizing the goals of green republic.

Further, it is to be noted that the trees such as Neem and Ashoka, which absorb sound vibrations to a great extent, could be planted on the both sides of roads, around hospitals, libraries, schools, colleges as it will reduce the menace of noise pollution.

Environment Science could be made a compulsory subject in schools as well as university courses to garner public awareness. After the intervention of the Supreme Court of India, Environmental Science or Environmental Law has been introduced as a compulsory subject in India from school education to university level (in compliance with the verdict of MC Mehta v. Union of India). Nepal also deserves to adopt similar green initiatives.

Unfortunately, we are yet to adjust a harmonious relationship between ecology and economy. In the name of development, the latter should not defeat the former. However, the enforcement authorities should come in motion to slam the industries causing pollution. The ‘environment impact assessment’ should be categorically done for every industrial establishment.

While celebrating the 45th World Environment Day this year with the theme of “Beat the Air Pollution”, its high time for us to evaluate whether we have succeeded in observing the international commitments made at different stages. An added responsibility lies on China to plan a better future environment since the Communist Republic has been declared as global host by the United Nations for 2019 Environment Day celebration.

It’s a crucial time for us to reaffirm our fresh commitment towards a cleaner and sustainable planet, without which the themes of World Environment Day would not materialize. Nepal’s Constitution expressly and authoritatively confer clean and healthy environment on every citizens. This way, the Supreme Court (under Article 133) and High Courts (under Article 144) are under obligation to ensure judicial remedies on the questions relating to violation of fundamental rights, including right to clean and healthy environment.

Above it all, Nepal does not deserve to have an environment wherein pollution and disease would be prone to ecological and other catastrophes.