Khanal's failure as IGP a blot on his illustrious career 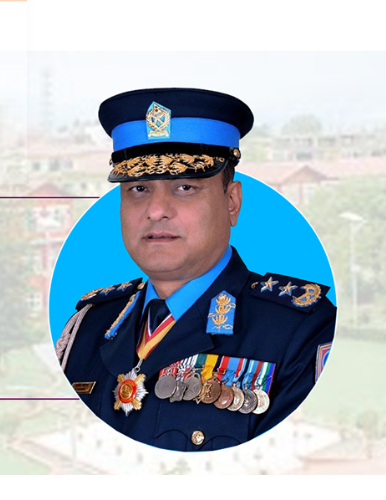 Kathmandu, 15 November (2019) - Inspector General of Police Sarbendra Khanal has made his career as a competent police office ever since he entered the police force as an inspector. But in two years at the helm of the force, his image has tarnished.

Khanal carefully built up his positive image in the police for 28 years but blemished it after becoming the IGP. Top police officers have commented that due to the IGP's problematic working style, credibility and respect for the police force has taken a hit.

"Laborious police officers did not get due credit. They toiled hard but he took all the credit. As the police chief, it is his responsibility to promote the worthy officers," one officer expressed his dissatisfaction. "His activities have dented the confidence of the junior officers."

Khanal is to retire after three months but his tenure towards the end is subject to criticism. Organizational slump and erosion of personal image is difficult to recover in these three months. Some of the cases have dragged police force into controversy under Khanal's leadership.

Handling the case of the brutal murder of teenager Nirmala Pant in Kanchanpur district in Farwestern Province speaks volumes about IGP Khanal's failure. Sixteen months have passed since the incident occurred but the culprits are still at large.

Nirmala Pant's half-naked body was found on July 27, 2018 in a sugarcane field. On August 20, 2018 the police made one Dilip Singh Bista public proclaiming him to be the chief accused.

This case courted huge controversy with accusations that the police had tampered with the evidence at the site of murder. Dilip Singh Bista was said to be tortured in custody to confess to Pant's murder. But Bista had to be freed after his DNA did not match with the artefacts in the crime scene. Although IGP Khanal boasted that the police force will bring a closure to the incident, it never happened.

The police killed one Kumar Poudel belonging to Nepal Communist Party (Biplav Outfit) in an encounter in Sarlahi district in eastern Tarai. National Human Rights Commission investigated into the incident and recommended the government to take action against the implicated police officers.

The Commission's recommendation report clearly mentions that the incident is not an encounter but murder in cold blood and there are errors in post-mortem report from a medico-legal perspective.

The Commission has recommended the government to suspend Inspector Krishna Dev Prasad Sah as well as Police Constables Binod Sah and Satya Nayaran Mishra but they have not been suspended yet. Experts say that Poudel "encounter" has dented IGP Khanal's image.

On September 6, 2019 a special team of the Commission for Investigation of Abuse of Authority (CIAA) raided the Police Headquarters in Naxal and took last two years' documents in control. Suspecting irregularities, the CIAA has taken away original documents about procurement of uniform, vehicles and other goods.

CIAA taking away the papers from Police Headquarters suspecting corruption is being taken as IGP Khanal's failure.

Hobnobbing with the powerful

Besides failure in these emblematic cases, IGP Khanal is known for hobnobbing with the powerful people. He is known to cosy up with the political party in power.

His closeness with Nepali Congress party is public knowledge but of late he made connections with Pushpa Kamal Dahal "Prachanda". The Congress party was about to make Rajendra Man Shrestha the DIG but he had to be hospitalized for paralysis. With Shrestha out of the picture, Khanal was the only candidate with the backing of Nepali Congress and he stood first in the promotion to the post of DIG.

Afterwards, he secured Prachanda's support to become the IGP even if he did not have warm relationship with the then UML.