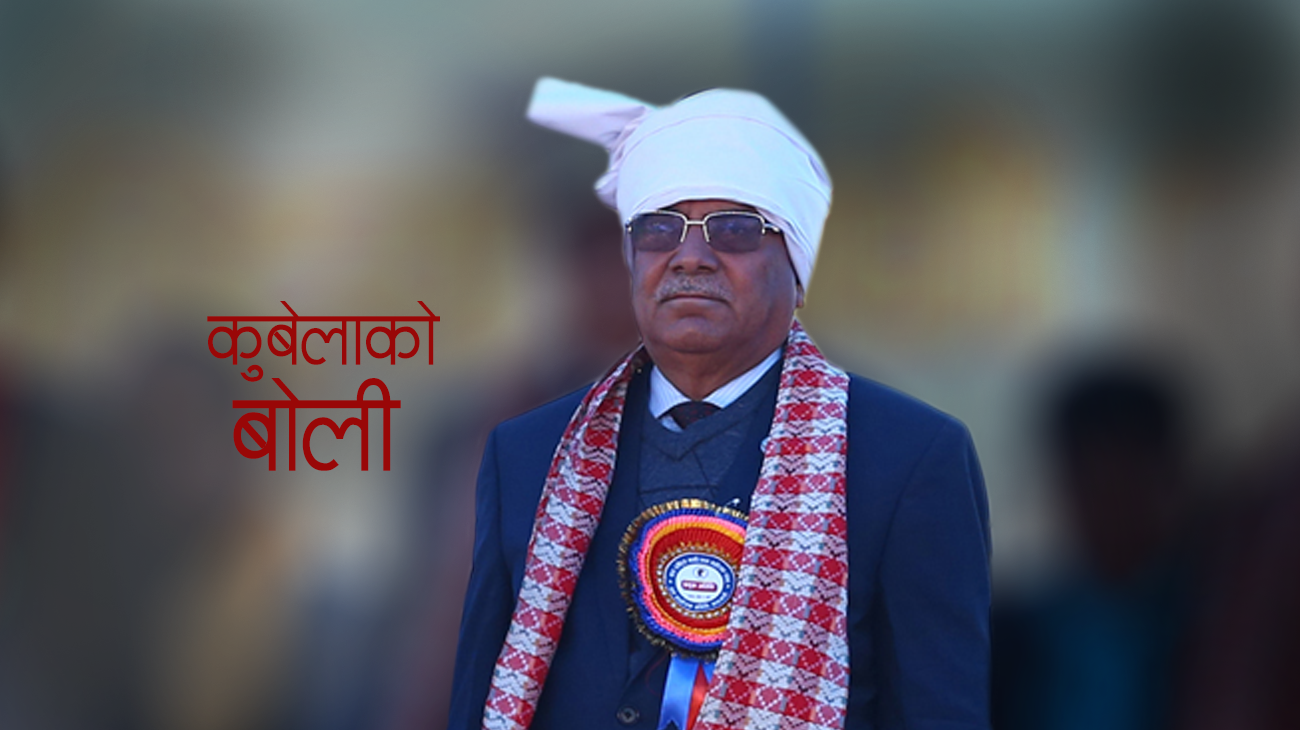 Kathmandu, 16 January (2020) - At a time when transitional justice mechanisms are in a limbo, NCP Chairman Pushpa Kamal Dahal "Prachanda" has dropped a bombshell on Wednesday.

Addressing the Tharu community's Maghi festival ceremony in Kathmandu, Prachanda said that he takes responsibility for the murder of 5,000 people during the conflict. Prachanda was the Chairman of CPN (Maoist) and Supreme Commander of so-called People's Liberation Army.

Critics say that Prachanda's speech was inappropriate for that forum and his style of expression was also problematic.

Prachanda's expression can become a documentary evidence for people collecting proofs against those responsible for "People's War". Around 17,000 people died in armed conflict. As a leader of the then insurgent party, Prachanda has now declared that he would take responsibility of 5,000 murders.

Legal experts say that Prachanda's expression can be submitted as an evidence in court of law.

Senior Advocate Dinesh Tripathi has been minutely studying Nepal's transitional justice process. He says that Prachanda owning up to 5,000 murders amounts to his confession.

"It's like he confessed to these murders. There may be dispute in deciding on the exact numbers but when he says that he takes responsibility for 5,000 murders it can be construed as a legal evidence. Killing a person is punishable with life imprisonment, how can a person who ordered to kill 5,000 people get immunity?" Tripathi told Lokantar.

Tripathi claimed that even if Prachanda spoke at a forum which is not directly related to conflict-era cases, the court can accept this statement as evidence. "Since he is a public figure, his speeches are formal statements and the forum does not matter," he said.

Leftist political analyst Narendra Jung Pitar said that Prachanda gives such utterances every now and then as Maoists are asked to take sole responsibility for delaying the peace process. "Nonetheless Prachanda should not have said those words yesterday. He spoke the bitter truth but it was not necessary," Pitar told Lokantar.

Pitar said that no one should forget the originality of Comprehensive Peace Agreement that had been mediated by the United Nations and all five permanent members of the Security Council were its witnesses.

"Nepal's peace process follows South African model of forget and forgive. It's not like Nuremberg trials after the Second World War," he said.

One former Maoist leader who has known Prachanda for a long time comments that Prachanda plays to the gallery at times. "He tries to please the crowd in front of him and does not think about the long-term effects of his expressions. The impact of his utterances are seen later on," he said.