PM disobeys party decision: What next? 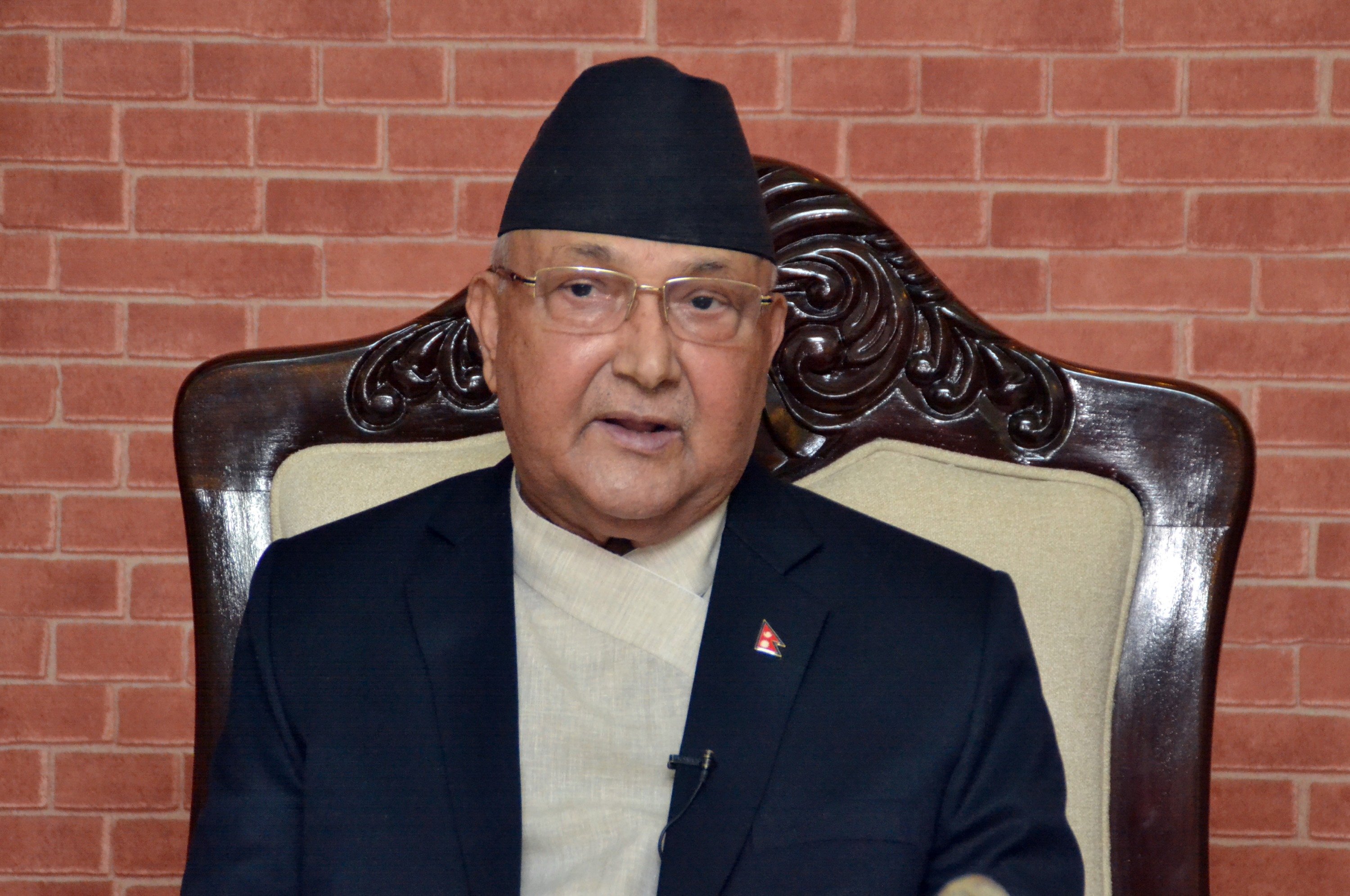 The PM said to Nepal, "I can't recommend the name of Bamdev Gautam to the National Assembly, will recommend Yubaraj Khatiwada's name instead. I'm ready to face the consequences." Khatiwada is a member of National Assembly and is the incumbent Minister of Finance.

Senior Leader Nepal was surprised to hear the PM's decision to defy the party secretariat.

Then PM urged Nepal to come to PM's official residence Baluwatar to have a face-to-face conversation.

At 2 pm, Lokantar published news with the headline "Signs of struggle in NCP, Yubaraj recommended instead of Bamdev."

This came as a shock to not only the readers but also the leaders.

The PM's defiance of the party had caused a temblor.

PM Oli told Nepal that there are plots to remove Finance Minister Khatiwada and the government is not obliged to the party decision.

He also said that it gives reason to doubt that Gautam stepped back from the demand of constitution amendment that would have paved way for him to become the prime minister. But sources say that Nepal was not convinced with Oli's arguments.

PM Oli consulted with his core team following the exit of Madhav Nepal.

Other members of the party secretariat were watching the dramatic turn in the political development. Senior leader Jhalnath Khanal and General Secretary Bishnu Poudel among others told different media outlets that the PM needs to obey party's decision.

There have been no substantial and formal discussions among NCP leaders to settle the dispute. Leaders are planning to devise strategy following the PM's new step.

Twenty one months after the party unification, this is the highest level of dispute emerging in NCP.

"This problem came up because the PM disobeyed party decision. It will be solved if the PM follows party's decision," one NCP Committee member said.

This dispute has pitted both the Chairmen against each other. The PM had commented at the time of party unification that NCP is a jet aircraft and there are two pilots in the aircraft.

But the jet is in risk of a crash because of the fight between two pilots. This situation has put the future of more than 800,000 leaders and activists of the party in limbo.

Members of the Secretariat have been trying to initiate informal efforts for the safe-landing of the jet plane but the risk still looms.

Leftist political analysts have commented that the PM cannot disobey the party decision.

Analyst Shyam Shrestha told Lokantar, "The PM's has a huge ego. By disobeying the party decision, he wants to project himself as a dictator. This stance will not only put the party but the whole country in crisis."

Another political analyst Rajendra Maharjan said that the PM loses his moral standing by disobeying the party decision.

"He is not a directly elected prime minister, the party elected him the PM," Maharjan said.

Maharjan said that the PM has two options: first, he has to implement the party decision; second, he can recommend a third candidate (as alternative to Yubaraj Khatiwada and Bamdev Gautam) to be nominated to the National Assembly pending party's decision.