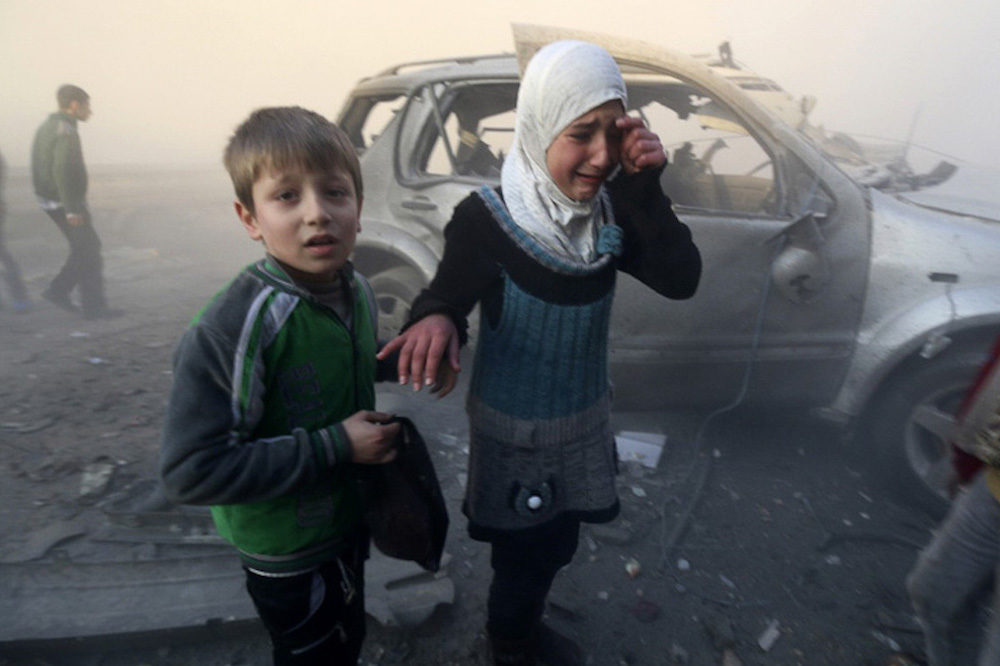 Doha, 30 June (2020) - Upon the directives of HH the Amir Sheikh Tamim bin Hamad Al-Thani, HE Deputy Prime Minister and Minister of Foreign Affairs Sheikh Mohammed bin Abdulrahman Al-Thani announced a new pledge of the State of Qatar to provide USD 100 million to alleviate the human suffering of by the Syrian people.

In a speech at Brussels IV Conference on Supporting the Future of Syria and the Region, held via video conferencing, HE the Foreign Minister underscored that the new pledge comes from the firm belief of the State of Qatar to fulfill its international and humanitarian obligation towards the brotherly Syrian people, pointing out that the actual State of Qatar's assistance to the brotherly Syrian people has exceeded USD 2 billion.

The State of Qatar - in compliance with its humanitarian and moral responsibilities - has spared no effort, since the beginning of the Syrian crisis, to enhance the rapid humanitarian response and provide effective assistance to the brotherly Syrian people, he said.

HE the Foreign Minister affirmed the steadfast support of the State of Qatar to the international efforts aimed at reaching a political solution to the Syrian crisis based on first Geneva Declaration of 2012 and the relevant Security Council resolutions, especially Resolution No. 2254, and in a way that meets the legitimate aspirations of the Syrian people in security, stability, and the preservation of its territorial integrity.

At the beginning of his speech, HE Mohammed bin Abdulrahman Al-Thani thanked the European Union and the United Nations for the invitation to hold this conference and praised the participating countries for their estimated efforts to support the brotherly Syrian people despite the economic difficulties faced by all countries due to the coronavirus (COVID-19) pandemic.

He added that the world is facing a humanitarian crisis that humanity has not known before, during which the Syrian people were deprived of the most basic necessities of living such as water, food, infrastructure, and basic social services such as education and health, in addition to the number of displaced people, that reached 12 million people.

HE Deputy Prime Minister and Minister of Foreign Affairs pointed out that the success in facing of the catastrophic and grave humanitarian repercussions of the Syrian crisis will only come through finding a political solution that radically ends this crisis, and this is the responsibility of the international community, especially the Security Council and the actors concerned.

HE the Foreign Minister asked, what kind of generation do we expect to result from the Syrian war as the children of Syria have grown up watching the pictures of artillery, bombings, and massacres with internationally prohibited weapons that have often affected their cities, villages, and families?

The time has come for the international community to work hard to stop the killing machine of the Syrian regime and put an end to its increasing violence, which is no difference between it and violent extremism and terrorism, which reinforce each other and converge in existence, goal, and outcome, HE the Minister explained.

At the end of his speech, HE Deputy Prime Minister and Minister of Foreign Affairs reiterated thanks and appreciation to all countries that have pledged and fulfilled their obligations towards the Syrian people and valued the efforts of the United Nations and the European Union to organize this conference, expressing the hope that the desired results will be achieved.