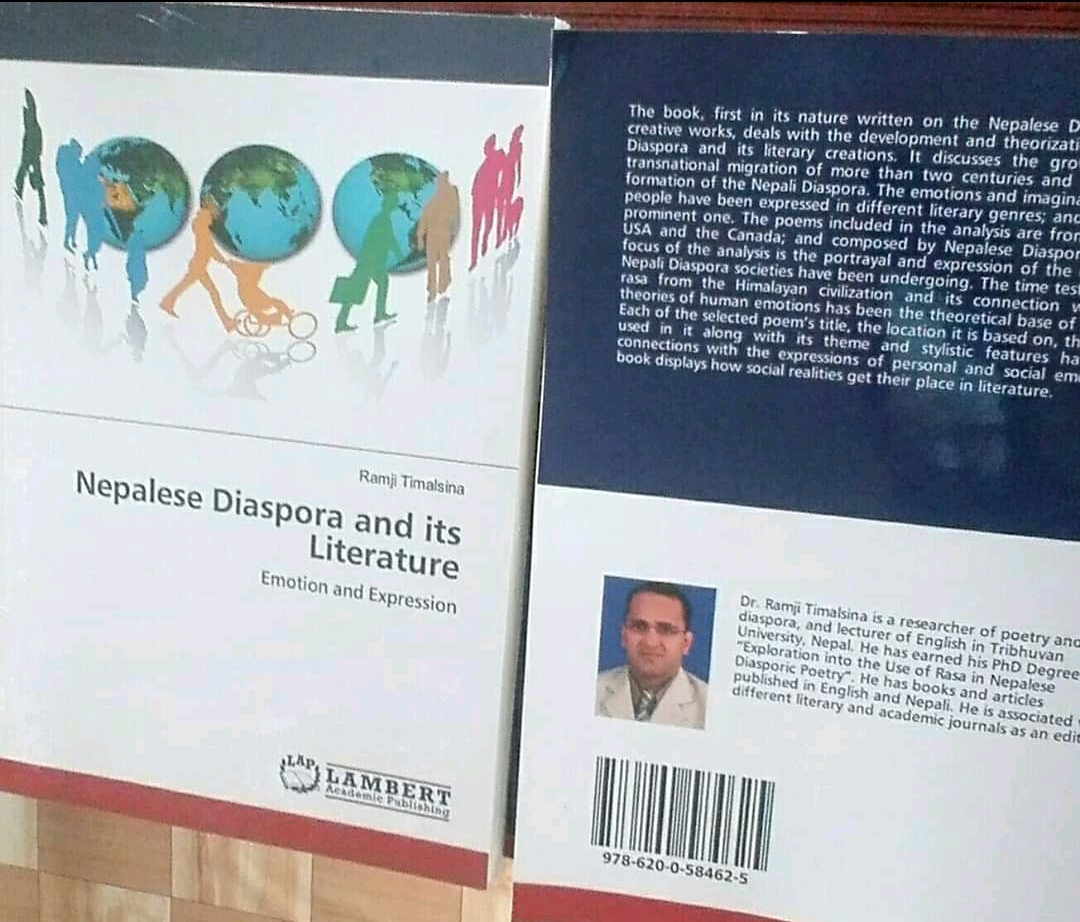 The PHD thesis-cum-book is titled 'Nepalese Diaspora and its Literature Emotions and Expression'. The Saarbrücken-based international publication house had published the book some five months ago. However, Nepalese delivery was paused owing to the pandemic.

''Happy to touch my book from Germany after five months for its publication!! Corona effect!!'', remarked Dr. Ramji Timalsina, the author of the book. Dr. Timalsina has been the first author from the town to be published from the international German publication. Easily available in the world's ecommerce giant Amazon.com, The publication house has called the book as ''first in its nature''.

The book is praised by prominent Nepali literary figures. Dewan Kirati, a noted Nepali poet, said it was a proud moment for Nepal's poetry and literature. ''Even in this age of commercialization and global connectivity, many literary works are neglected by publications and authors themselves are compelled to publish on their own limiting the access of the literary creation to the global readership'', said Kirati. He added, ''Luckily, Dr. Timalsina has been successful to get his book published from the Germany-based publication house and his book is globally available via Amazon.com to all English language readers.''

Badri Bhikhari, another noted poet, seconded Kirati. He said, ''At a time when publication houses are accused of turning their backs to publish literary works especially on poetry. Dr. Timalsina has been approached and published by an international publication which is an exciting news in itself for all Nepalese literary scholars and readers'', opined Bhikhari.