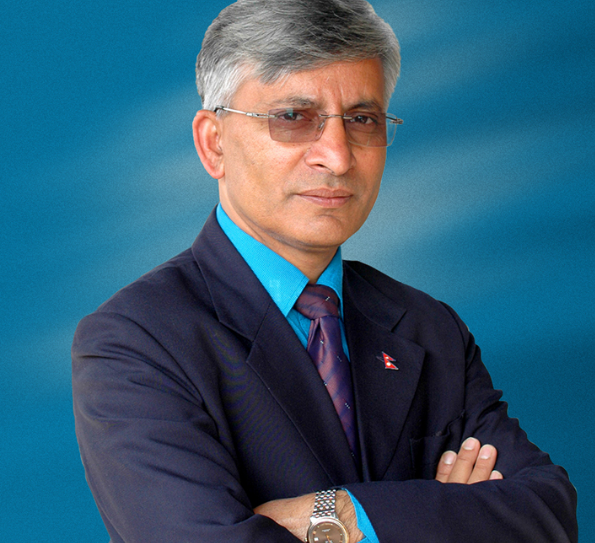 Chief Advisor Rimal shared it with the National News Agency (RSS) while talking on the imbroglio in the ruling NCP. At a time when the cadres and lower rung leaders of the party are worried whether the party would split because of the intraparty feud, Rimal further viewed the accusations of Chairman Dahal are mere inhibition. To the current situation where PM and Chairman Oli has sought some days to furnish response to Dahal's discontent and accusations over PM's activities, he made it clear that efforts were made from within the party to corner PM Oli since the present government completed two years in February early this year.

After the discontents and accusation of Chairman Dahal and five other members of the Secretariat were made public, how PM and Chairman Oli will respond is a matter of curiosity for the party insiders and observers as well.

"The series of intimidation on PM and Chairman Oli began for nearly a year and is continuous now. The contentious issues in the party can be sorted out through dialogue. The paper presented by Chairman Dahal with much allegations on another Chairman Oli is ill-intended and impulsive. There are not any points to protest government from within the party. The troubled days during the unification must not be forgotten. The people's mandate to the unified party is equally important. There are no divisions based on the party's pre-unification status. The strength of vote the two parties got pre-unification was also not considered but the faith on unity. The unification was done not by counting number of leaders and members but the strength created by both parties," he reminded.

According to leader Rimal, if the weightage of vote then CPN (Maoist Centre) and CPN-UML had got were made the basis for unification, it could be 70:40 ratio to UML and Maoist Centre factions. But the unification (formation of party committees) was made on 60:40 ratio. When the party unification was announced on May 17, 2018, it was also declared that party's general convention would be held within two years and new leadership elected on the basis of consensus.

He admitted, "We however could not complete all activities under the unification process within the stipulated time for various reasons. So, the Standing Committee meeting of September 11 has rescheduled the general convention within coming April. Through the same meeting, the Chairmen duo furnished direction to the party rank and file accordingly."

In response to a query why the decisions of party Standing Committee not implemented, Rimal complained that some leaders engaged in groupism rather than adopting party norms and consensus. It was sheer distribution of unjustifiable accusation by one Chair to another in the secretariat meeting. "It is a divisive politics leading party split. Such divisive steps are not acceptable to party," he underscored.

Reminding the clear work division between the two Chairmen, he showed concern why the media propaganda of no-confidence motion against government was made after work division.

Most of the Standing committee members are however for implementation of party decision, he said, adding no new agenda is set in absence of agreement between two Chairmen of the party though Chairman Dahal is said to have executive role.

Moreover, Standing Committee member Rimal reminded that PM Oli is always ready to correct the mistakes if any. He is for review of the works. He for discussion on the criteria on any changes to be made in the party and in the decisions of the government. Chairman Dahal changed stand regarding the reshuffle of government. In case of the appointment of ambassadors, discussion was held between the two Chairmen. Chairman Dahal himself proposed Dr Yubaraj Khatiwada for the ambassador to the US. There is agreement in case of Lokdarshan Regmi too. How could one not believe that he spoke lies on it, Rimal wondered.

"The PM has not done anything in a unilateral manner," he said, asserting that ambassador to South Africa was picked based on the direction of parliamentary special commission to adopt inclusion on appointments. RSS