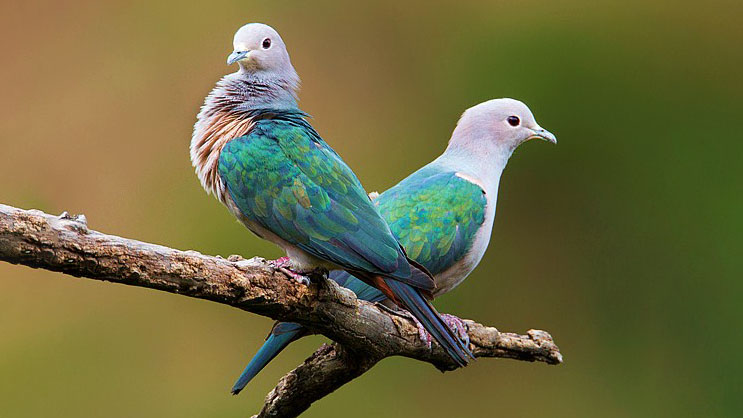 The scientific name of the bird is 'dukula ania'. The unique bird was found on a simal tree at Mechninagar Municipality-7. The bird is the first of its species in Nepal, he claimed.

Similarly, the Bird Conservation Association and writer of book on birds Dr Hemsagar Baral also confirmed that finding of new bird in the country.

"When I was studying on birds with field visit two days back, I saw four unique birds perched on Simal tree. They were like pigeon," Kharel shared with the National News Agency (RSS), adding that he immediately sent the photo of the bird to the Bird Conservation Association and ornithologist Dr Baral. They also confirmed it to be the green pigeon and it was first time such bird was found, according to him.

Kharel, a resident of Mechinagar-6, has involved in observation and conservation of birds for five years. He takes birds' photographs reaching various districts including Ilam, Sunsari and Chitwan and raising public awareness on bird conservation.

There is an official record that Nepal has 886 species of birds. But, the green pigeon is not included in this list. Kharel said now the record should be updated to 887.

The green pigeon, as he informed, is 10 centimeters longer than the pigeon. It is double the dove and bigger than pigeon. The green pigeon's wings are bright green.

The availability of green pigeon is a huge achievement in terms of bird conservation and bird tourism.