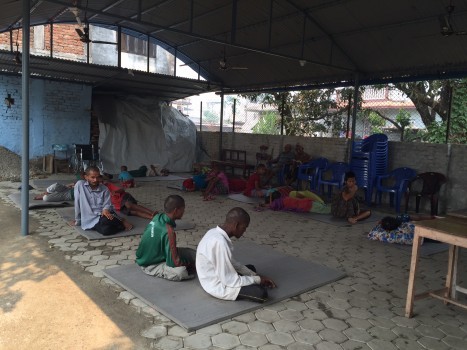 The initiative was launched to make the city free of street people. Among the rescued persons, 167 have been reconciled with the respective families. Information to this was shared at a programme the organization held here today to make public the annual progress report. Even the social and auditing reports of the last fiscal year were made public on the occasion.

Similarly, 66 rescued persons were transferred to other facilities, 217 left the shelter willingly while 55 still staying in the shelter.

Ashram coordinator Nita KC informed that during the stay in shelter, 80 people passed away. Since October 22, 2019, the day Bharatpur Metropolitan City (BMC) was declared as the city free of street people, 245 such persons were rescued. Among them, 77 were united with family, 79 left the shelter willingly, 15 were transferred to other facilities while 108 still staying there. Among the rescued ones, 18 lost lives, KC added.

Currently, a building for the helpless men is being constructed at Belchowk of BMC Ward No 3. It is being materialized with the donation collected by the Ashram.

The Bagmati Province government allocated Rs 5 million for the building. Similarly, the BMC has been demanded budget for the construction of a separate building for the helpless women.

The organization made public the report on details of expense made out of assistance gained from various bodies.