An elephant dubbed the "world's loneliest" landed in Cambodia 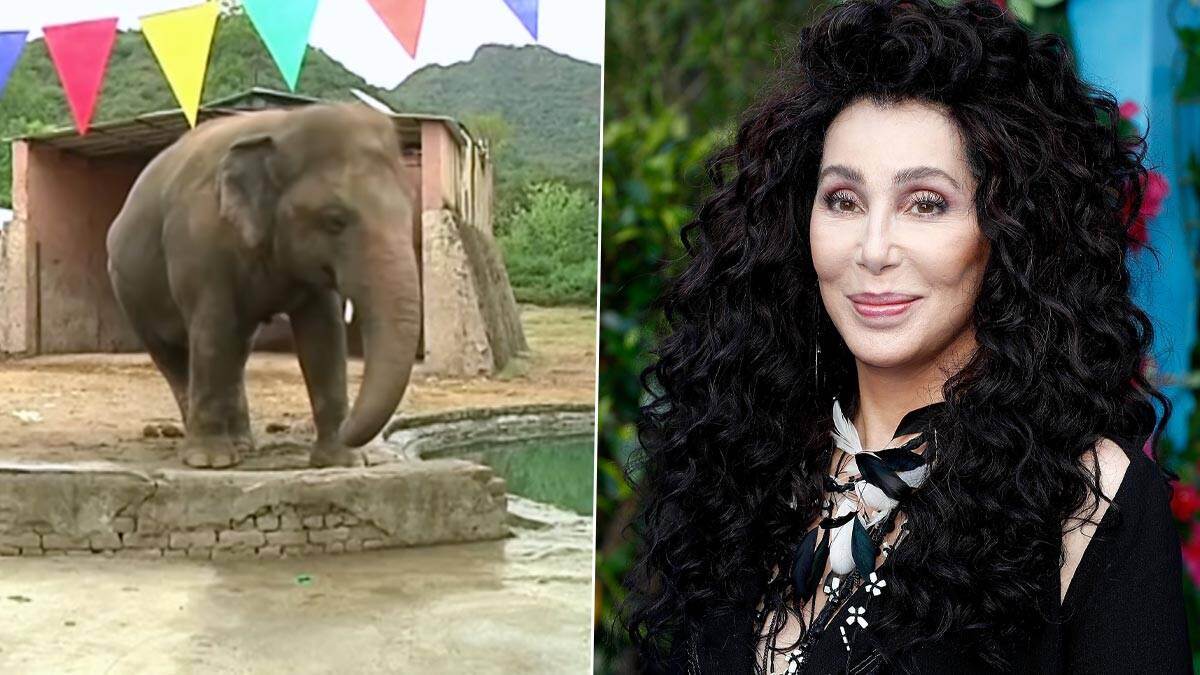 Cambodia, 30 November (2020) - An elephant dubbed the "world's loneliest" landed in Cambodia Monday from Pakistan, receiving a warm welcome from American superstar Cher who will accompany it to a sanctuary housing potential mates.

The case of Kaavan -- an overweight, 36-year-old bull elephant -- sparked global uproar from animal rights groups, who petitioned for his move from an Islamabad zoo accused of substandard care and conditions.

His cause was boosted by a spirited social media campaign by Cher, who travelled to Pakistan to see him off.

Wearing a black face mask, the singer was on hand at Siem Reap airport and waved excitedly at the plane after it landed around 2:30 pm (0730 GMT).

"Kaavan was eating, was not stressed -- he was even a little bit sleeping, standing, leaning at the crate wall," he said.

Once the sole Asian elephant in Pakistan, Kaavan will be transported from Siem Reap to neighbouring province Oddar Meanchey where a wildlife sanctuary with about 600 other elephants will be his new home.

"Cambodia is pleased to welcome Kaavan. No longer will he be 'the world's loneliest elephant,'" deputy environment minister Neth Pheaktra said.

"We expect to breed Kaavan with local elephants -- this is an effort to conserve the genetic fold," the minister told AFP.

Years of campaigning
Kaavan's journey is the culmination of years of campaigning from animal rights groups, who say the animal's behaviour demonstrated "a kind of mental illness" likely due to the zoo's woeful conditions.

In May, a Pakistani judge ordered that all the animals at the zoo be moved.

Upon hearing about Kaavan's freedom, Cher had tweeted that the decision marked "one of the greatest moments" of her life.

A team of vets and experts from Austria-based Four Paws has spent months working with Kaavan to get him ready for the trip -- a complicated process due to his size and the amount of food needed en route.

The elephant also had to be taught to enter the massive metal crate that was placed in a cargo plane for the seven-hour flight.

Four Paws, along with Islamabad authorities, also safely moved three wolves and some monkeys from the zoo. Currently only two Himalayan brown bears, one deer and one monkey remain. AFP