Why did Oli take such a drastic decision? 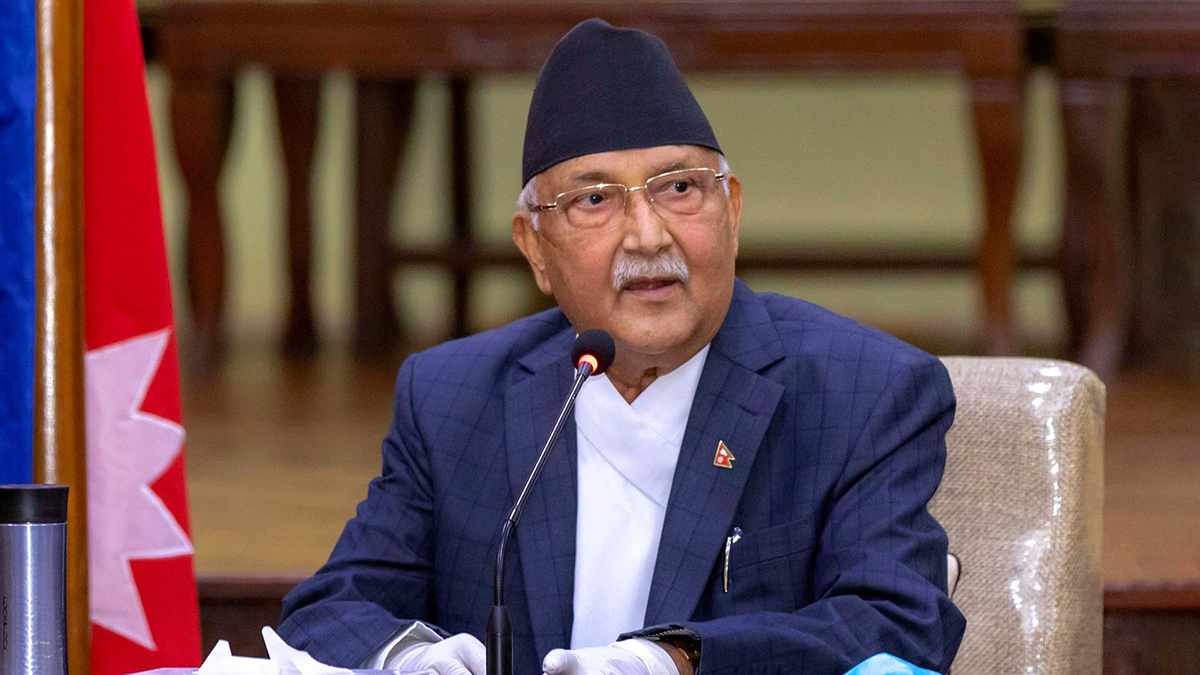 Anticipation of Oli doing something big was in the air but a very few had expected Oli going the extra length. However, his previous utterances served as pointers regarding this move. Some months ago he is reported to have said that he would rather break the chair of the PM rather than relinquishing it to the co-chair Pushpa Kamal Dahal "Prachanda".

Differences between two chairmen of the ruling party had been brewing up for the last one year. Dissatisfied with Oli's refusal to honor the agreement made during party unification to take turns in assuming premiership, Prachanda made alliance with other senior leaders who are also unhappy with Oli's "high-handedness".

The disgruntled faction in the party had been hatching plots to oust Oli which they nearly succeeded mid-year. But Chinese Ambassador Hou Yanqui's hectic parleys and several other factors pulled the party from the brink. Hou was able to paper over the cracks but the fissures remained nonetheless.

The main reason for the latest confrontation was about placing loyalists to the plum posts. Prachanda wanted to remove Ram Bahadur Thapa "Badal", who used to be his loyalist but has now decamped to Oli faction, and install Janardan Sharma "Prabhakar" as the Minister of Home Affairs. Senior leaders Madhav Kumar Nepal and Jhala Nath Khanal too have been clamoring to have their loyalists take ministerial posts in the government. But Oli has so far been resisting their moves.

Fed up with Oli's obduracy, Prachanda-Nepal faction submitted a political proposal that was de facto a litany of allegations. Oli was furious to read the allegations and flatly refused to attend Standing Committee meetings to discuss the proposal. He then submitted a counter proposal which threatened Prachanda with opening up conflict period human rights files as well as corruption issues in cantonments where ex-Maoist combatants were kept.

Disgusted with Oli's moves, Prachanda-Nepal faction is said to have collected signatures of parliamentarians to file an impeachment motion against the President and a vote of no confidence motion against the prime minister. They even consulted with main opposition party Nepali Congress's senior leader Ram Chandra Poudel to call for the parliament session to table the motions. Oli faction caught wind of this signature collection campaign and took the drastic decision of dissolving the parliament. In fact, it is now learnt that Prachanda-Nepal faction had already submitted the no confidence motion with signatures of 90 parliamentarians before PM Oli dissolved the parliament.

Oli had a long meeting with Prachanda on Saturday to dissuade the latter from withdrawing the signature campaign but Prachanda refused and rather asked Oli to make way. He then met Minister of Home Affairs Ram Bahadur Thapa "Badal" who suggested him to go ahead with parliament dissolution.

Oli's decision will certainly be challenged at the Supreme Court of Nepal. Constitutional experts maintain that Article 76(7) of the Constitution allows the prime minister to recommend for the dissolution of the parliament only when the PM is unable to win the vote of confidence in the parliament.

But insiders say that the Chief Justice of Nepal may favor Oli at this critical juncture.

As much as the political drama is homegrown, different geopolitical factors too have contributed to this situation. Sources say that PM Oli has been facing unprecedented pressures from both the neighbors to address their security concerns. Oli's midnight talks with Samanta Kumar Goel, chief of India's external intelligence agency R&AW, is learnt to have focused on security issues along the Indian border in Terai where Islamic fundamentalists, funded by foreign countries, have increased their activities.

The Chinese, on the other hand, have been allegedly raising the issue of third-country military installations along the Nepal-China border which has put China's security at risk. Insiders say that the Chinese would be forced to enter the territory if Nepal fails to neutralize foreign military paraphernalia.

This delicate geopolitical position has put Oli and the government under enormous pressure. The bitter infighting in the ruling party is exacerbating the situation. This too must have forced Oli to take a drastic step but this brinkmanship is certain to cost the country dearly.