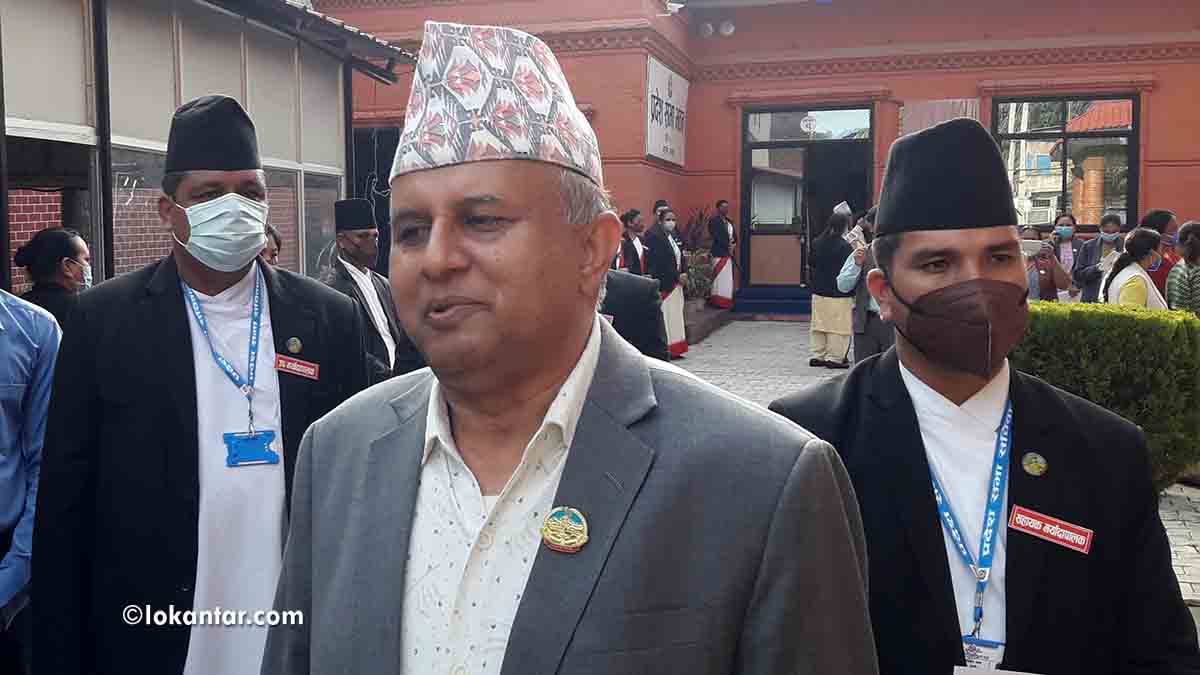 Butwal, 28 December (2020) - Future of provincial governments with two thirds majority is in jeopardy due to the bifurcation of Nepal Communist Party after the dissolution of House of Representatives.

But Dahal-Nepal faction does not seem to be in the mood to file no confidence motion against Chief Minister Shankar Pokharel in Lumbini Province. CM Pokharel belongs to PM KP Sharma Oli faction.

The CM is trying to woo Members of Provincial Assembly close to Madhav Nepal faction to support him. He seems to have calculated his numbers in the assembly.

MPA Bhoj Prasad Shrestha was considered to be close to Madhav Nepal but he has taken oath as a central member in Oli faction.

Kabiram Tharu too is saying that he does not belong to Dahal camp.

Kamal Raj Shrestha from Gulmi is considered to be close to Madhav Nepal but he is now saying that he is in favor of former CPN-UML's guiding principle of Janatako Bahudaliya Janawad.

MPA and Finance, Industry and Tourism Committee Chairman Dadhi Ram Neupane said that there are no immediate plans to file no confidence motion against province government.

He said, "We have talked with our leader Minister of Internal Affairs and Law Kul Prasad KC. There are no plans to file no confidence motion."

Forty one MPAs are from former CPN-UML while 20 MPAs belong to former Maoist party. In this situation former Maoists, NC and JSP can come together to form a majority government.

NC has 19, JSP has six and Rastriya Jana Morcha has one MPA. Meanwhile, Dahal-Nepal camp has claimed that it has 25 MPAs.

Some MPAs have not shown their cards. They claim that CM Shankar Pokharel will face difficulties in emerging victorious from vote of no confidence. NC will be decisive in that situation, they say.

But Spokesperson of the Provincial government and Minister of Physical Infrastructure Baijanath Chaudhary said that party bifurcation will not affect the government.

He said, "The Cabinet may expand if required. We haven't thought about it. But Shankar Pokharel government will remain intact as far as provincial assembly is in place. No one can topple the government. We are in a strong position."