NOC makes profit even during shutdown 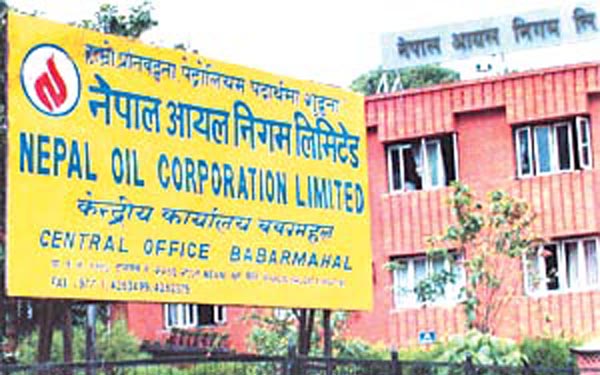 Kathmandu, 28 December (2020) - Nepal Oil Corporation (NOC)'s profit has increased even when fuel consumption slumped due to the adverse impact of COVID-19 to the economy. NOC made profit even during the period of the nationwide lockdown imposed on March 24 to stem the spread of coronavirus pandemic.

The state-owned entity's final auditing report for the Fiscal Year 2019/20 shows that the NOC made profit of Rs 13 billion. It earned RS 12 billion 870 million by selling petroleum products.

As per the report, NOC's profit increased as the transport cost had been saved by importing fuel through the Motihari-Amlekhgunj petroleum pipeline as well as the increment in the interest rate of the profit amount from the previous year. Moreover, the subsidy provided on LPG had been slashed which increased the profit.

NOC executive director Surendra Poudel said they have been able to make profit in FY 2019/20 due to the income from interest, savings in transportation cost and lowering of subsidy on LPG.

According to him, overall the NOC's earning is around five per cent.

Decreasing price of fuel in the international market in recent years and the NOC's adopting automated price have also contributed to the increase in NOC's profit.

The NOC said it saved Rs 1.47 billion while transporting diesel through the Amlekhgunj pipeline in the last 10 months' period and it made an income of Rs 1.77 billion from bank interest on the profit amount last year.