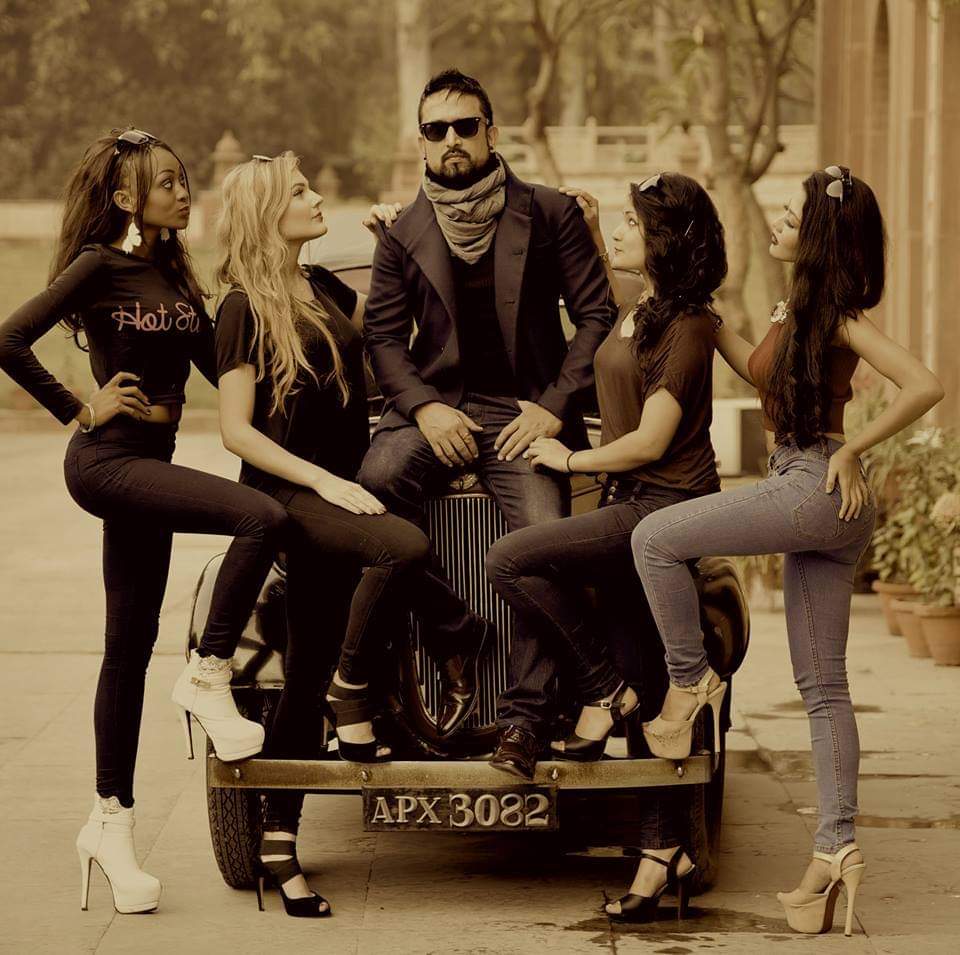 Resh has been working on his high budgeted project called “National Treasure- the blood run” as an actor and producer.

However, as the world is suffering and facing the losses due to Covid-19, he is no exception.

He had to put a hold on this multinational movie while he was in China, which was the last schedule left after shooting in Sweden, London, America, Nepal and India.

Talking about NT, it is an action packed suspense feature film which includes actors from seven different countries among which an actor from the Hollywood Film ‘Titanic’, Jari Kinnunen says he loved the concept of this movie and is glad to be a part of it.

“Script is highly demanding in terms of production so we haven’t compromised a bit to take this movie to the next level”, said the production designer Fredrik Sandstrom. He further added, for this movie Resh spent one month in Sweden for flight training with Captain Stig Lindren.

“I am impressed with the hard work and dedication that Resh puts on for the training “, says Mathew Sumnner, Action Director.  Resh has also taken a step further by teaming up with Chinese distributors Mr. Barry Zhang and Mr. Li Chang De for the marketing and streaming of the movie in China. “

The story line and the making of the movie is so captivating that it gave us confidence to stream it on the OTT platform here, which I'm sure will be a good surprise for movie lovers in China”, says Mr. Li. According to the sources, the team is negotiating with Indian distributors for OTT platform.

When asked about resuming the shoot, producer Resh said that he is facing problems with the Visa of his crew members due to visa restrictions but is very optimistic about resuming soon. One of the directors, Ari Sakari, added that he is very thrilled to team up with Resh and is excited for the sequel of the movie already.

This is not the only one project that has been on hold for Resh, his Bollywood movie as an actor called ‘Paranormal‘ directed by Sanjay Sharma has also been affected by the pandemic. His pipeline projects ‘11th Street’ and ‘Once in a Blue Moon’ are also currently on hold.

Resh Marhatta is an actor and a producer. Entrepreneur Resh has added many feathers in his cape as an author, columnist, real estate investor and a business educator. He is a graduate from Weber State University, Utah with high honor (phi kappa phi).

Resh has received a Business Teaching License from Utah State Board of Education and taught for a few years in a vocational institute in Utah as a Business Instructor. Resh has received a doctor of letters from King's University, Hawaii. He was also honored as an Asia Youth Icon in Singapore by the King of Medan (Indonesia) Raja Gottar.

He has written three novels ”Roots” (one of the untold stories of Asia), “11th Street” (Romantic Thriller) and “T2V, Trip to Vegas” (Suspense Thriller). Resh gained immense popularity during his early college years after the success of his debut movie ‘Pinjada’ and ‘Chahanchu Ma Timilai Nai’ simultaneously which were able to mark a 100 days in the theatres.

After his graduation he came back and did a couple of movies like Kathmandu, Mero Best Friend, Mero Jeevan Sathi , Acceptance, Mission Paisa Reloaded-2 etc. We can also see him in various TV Commercials like Housing, Bank, Airlines, Tea etc.  Talking about his personal life, he is in a relationship with Ashmii Adhikari who is a Biotechnician and pursuing a PhD in America.