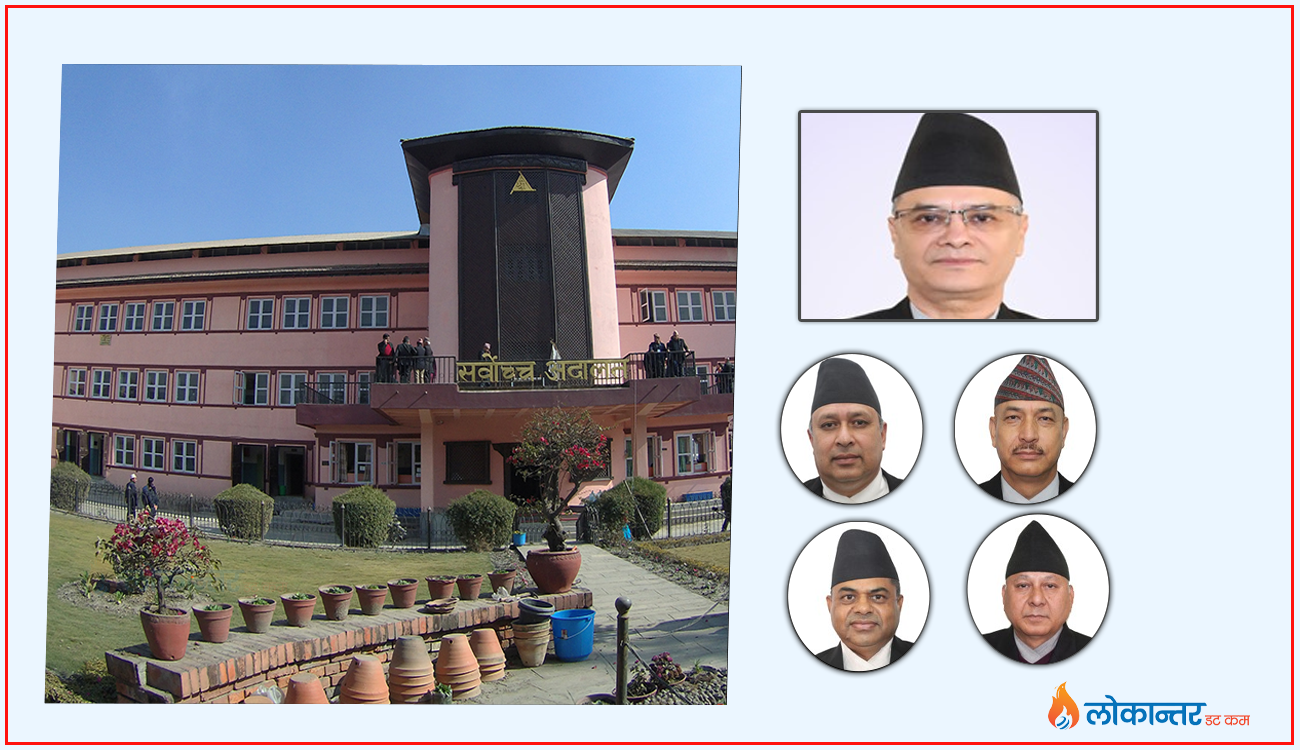 Kathmandu, 6 January (2021) - Hearings on writ petitions against dissolution of House of Representatives have been deferred for a week after one of the justices in the constitutional bench recused himself.

The bench had started hearing on the case Wednesday.

Senior Advocate Shambhu Shrestha raised conflict of interest issue regarding inclusion of Justice Karki in the bench since Karki was Attorney General of KP Sharma Oli-led government in the past.

After that Justice Karki recused himself.

After the recusal of one of the justices, hearing has been deferred to next Wednesday.

One of the writ petitioners Advocate Lokendra Oli informed about the postponement of the hearing.

During the hearing on Wednesday, Senior Advocates Raman Kumar Shrestha and Dinesh Tripathi requested to convene a grand bench to hear cases against disbanding of HoR.