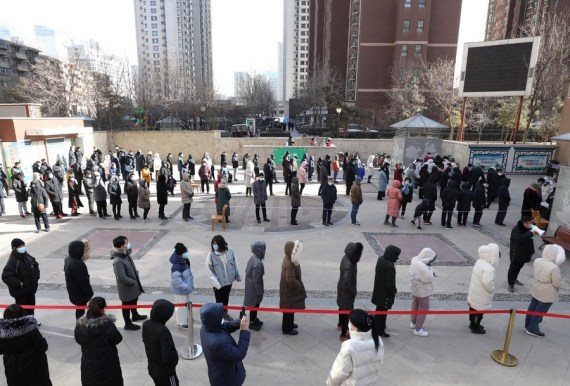 Shijiazhuang (China), 7 January (2021) - Three district officials have been given Party disciplinary warnings for their dereliction of duty in COVID-19 prevention and control in Shijiazhuang, capital of north China's Hebei Province, according to a notice issued by the municipal discipline inspection and supervisory authorities.

The notice confirms the punishments to Feng Zhiqiang, deputy chief of Gaocheng district government and deputy commander of the district's emergency response headquarters, Nie Xiaonan, a township official in Gaocheng and Sun Guohui, a village cadre in Gaocheng.

Gaocheng District of Shijiazhuang was classified Wednesday as a high-risk area for COVID-19.

The province reported 51 new locally-transmitted COVID-19 cases and 69 asymptomatic cases on Wednesday, bringing the total number of confirmed cases in hospitals to 90 in Hebei, the provincial health commission said Thursday.

Among the newly confirmed cases on Wednesday, 50 were reported in the provincial capital of Shijiazhuang, and 67 of the asymptomatic cases were also found in Shijiazhuang.

According to the disciplinary punishment notice, officials were held responsible for the lack of epidemic prevention and control in Liujiazuo Village in the district.

On Jan. 3, a COVID-19 positive villager left the village against control measures.