Will there be elections in April/May? 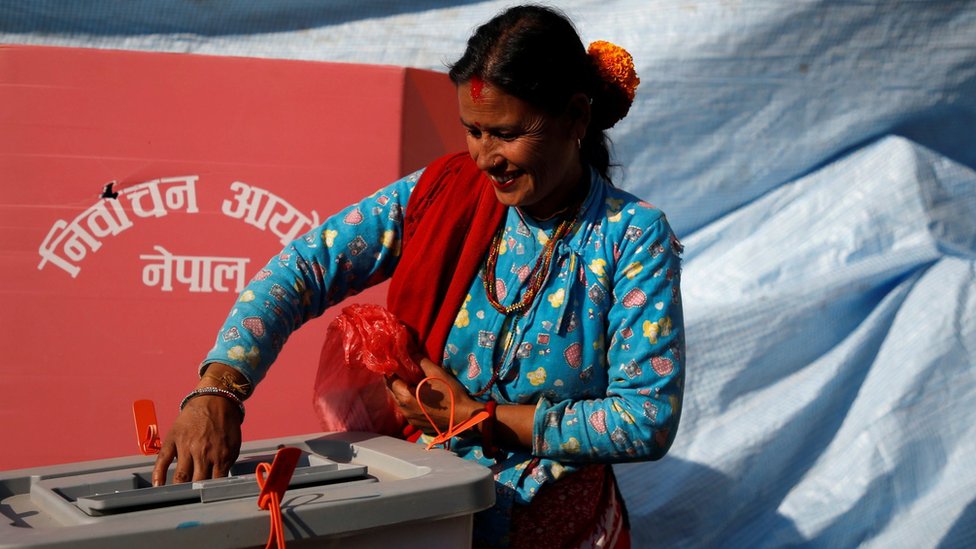 It might be too early to predict April/May elections. All depends on the Supreme Court verdict related to more than a dozen writ petitions filed against the untimely dissolution of the parliament. If the court reinstates the parliament, the chapter on early elections will be closed for ever. If the court endorses the dissolution, rather than going for the elections, political parties will have few options. In between these two possibilities, there is also a typical Nepali way of dilly dallying or dragging the verdict till some exigencies dictates terms. Keeping aside these scenarios, we ponder here some issues related to proposed early elections.

Broadly, one will find three prevalent views in the political market. The first view, primarily postulated by the PM KP Sharma Oli Camp, speaks with certainty about the elections in April/May. They are cocksure that the dissolved parliament will not be reinstated by the court; the only option left for the country is to seek fresh mandate from the people; and save the country from two more years of political stalemate. Taunting their opponents, they advise them to stop dreaming parliament reinstatement and better prepare for elections if they aspire to become the next PM. They also challenge: If you can, try securing more than two-digit seats.

The second view, primarily held by political leaders alike Dr Babu Ram Bhattarai, Mr Ram Chandra Paudel, Mr Gagan Thapa and others, is that the Oli Government holding elections is a pure hog-wash. Their advice: Do not get fooled by elections that are not going to happen anyway. By declaring early elections, Oli is simply distracting public attention about his failures and a ploy to hold onto power. The only option left for the opponents is to wage a legal battle or to mobilize street demonstrations.

There is also a third view. Instead of mobilizing street demonstrations or joining hands with other parties for a unified movement, they prefer to wait and see till the court comes out with its verdict. There are some sections within the Nepali Congress, who see early elections as manna from heaven; they also see reinstatement of the parliament as an opportune moment to form coalition government. Least they worry that the reinstatement of the parliament may help to bring together the two opposing factions of CPN.

The government has fixed 30 April and 10 May as dates for holding elections. However, it is reported in the media that, to save cost, the Election Commission has suggested for a single phase elections. The Commission has four more months to prepare for the elections. With ongoing court proceedings and the Commission itself struggling to decide on the legitimacy of two disputing factions of NCP, the available time may be considerably reduced for the Commission. Added to the time pressure, there are hosts of other financial, technical, human resources, and security constraints. To oversee previous elections, the government hired nearly 100,000 temporary security police personnel. The government is already facing a dilemma: whether to fund the upcoming elections or buy Covid vaccines? With the economy in tatters due to global pandemic situation, except PM Oli and his team, no one is in a mood to go for elections.

The available data speak of poor quality of our elections. There are extreme fluctuations in voter turnout rates and invalid voting rates are going up. This is primarily due to complexity of our election system, mushrooming growth of political parties, and relatively uneducated voters (Refer to the chart). There are also erratic swings in the ratio of voting age population to total population; and registered voters to total voting age population. Many subscribe this to absentee voters due to out-migration for foreign employment business. If this is so, we need to look for voting options like overseas voting or mail voting. Interestingly, the Chart exhibits some stability during multiparty system (1991-1999). 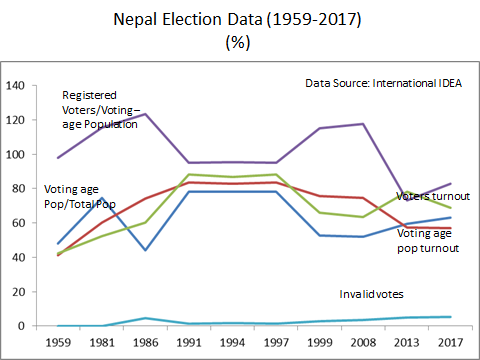 Instead of resolving political disputes, the poor quality of elections may, in fact, aggravate the situation. Given our typical demographic composition (one-third bahun/chhetri, one-third janajati and one-third Terai-Madhes), the chances of producing a hung parliament are pretty high. Therefore, the very idea that the elections will resolve the problems of political instability is hopeless. Ignoring the quality of our elections, more dreadful scenario is: What will happen when scheduled elections cannot be held? Are we entering a dark tunnel with no light at the end?