Country will be in turmoil if we don't get electoral symbol sun: Prachanda 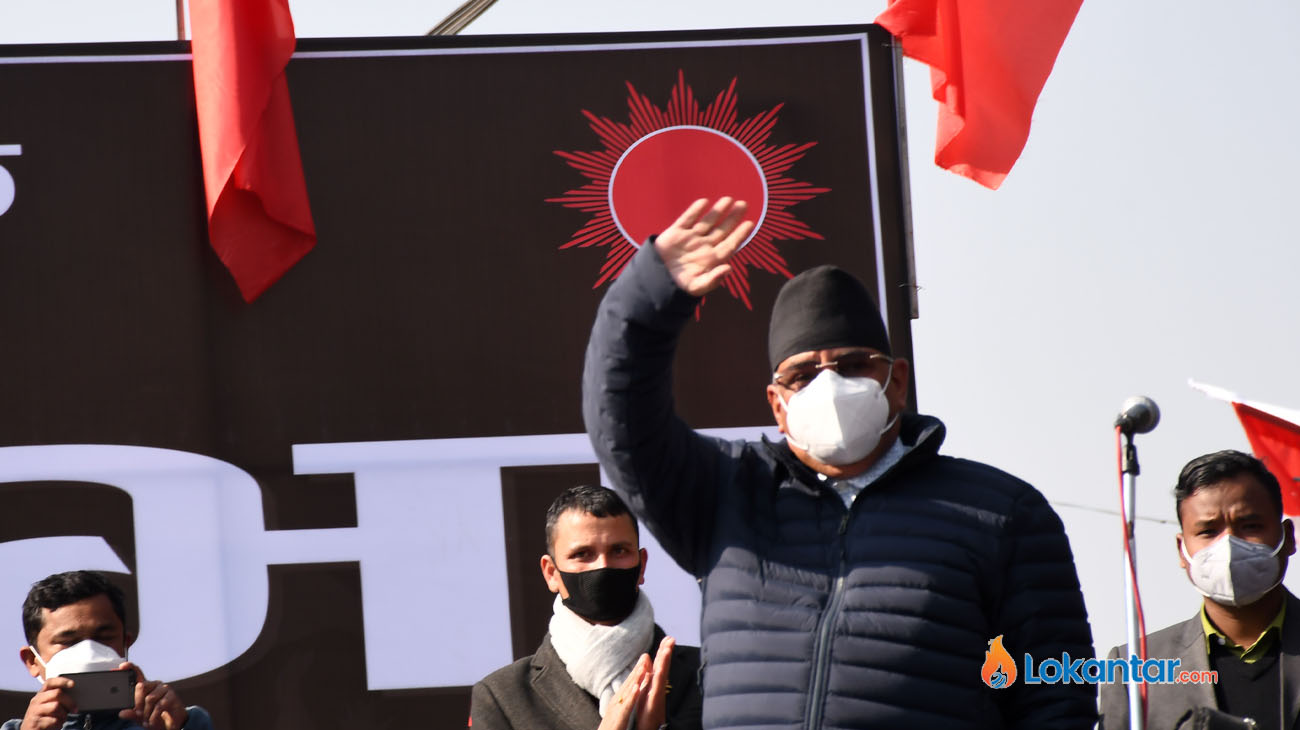 Addressing a mass gathering of NCP activists in Pokhara on Tuesday, Prachanda said that his camp will definitely receive sun as the electoral symbol.

"We'll get sun as the electoral symbol, there are no two ways about it," he said. "Party constitution and election laws have clearly provided for legitimacy granted to the majority. We have 70 percent majority, don't talk about leaders who fell for the post of minister."

Prachanda also revealed that preparations for removing Prime Minister KP Sharma Oli through party majority were made before the latter dissolved House of Representatives. He said that he had submitted a proposal to the party to remove Oli if the latter did not mend ways.

"The spirit of my proposal was like that. Is there a provision to flout constitutional norms when you don't have majority in Secretariat, Standing Committee and Central Committee?" Prachanda asked.

Minister of Home Affairs Ram Bahadur Thapa "Badal" and Minister of Industry, Commerce and Supplies Lekhraj Bhatta had fought armed conflict under the command of Prachanda but they now have joined Oli faction in NCP.