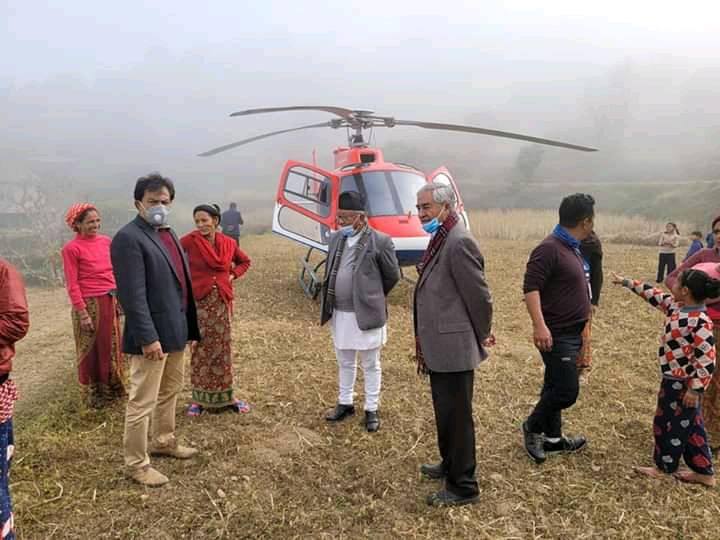 The chopper had flown from Kathmandu and was going towards Parbat. It made an emergency landing at Aanppipal of Palungtar Municipality-2 in Gorkha district due to bad weather, Superintendent of Police and chief of the District Police Office, Surendra Bahadur Gurung, said.

"The helicopter belonging to Kailash Air was force landed at Aanppipal at about 12.45 pm today. Nepali Congress president was travelling in the helicopter which was going towards Parbat," SSP Gurung said, adding that it had to make an emergency landing due to sudden bad weather.

He said the helicopter stopped at Aanppipal for about 35 minutes and it took off for Parbat at 1.20 pm with improvement in weather.

A local resident Sanjib Rana said the chopper was landed in a millet field at Ripagaun due to dense fog.

NC president Deuba was travelling to Parbat to attend a programme organized by his party there.