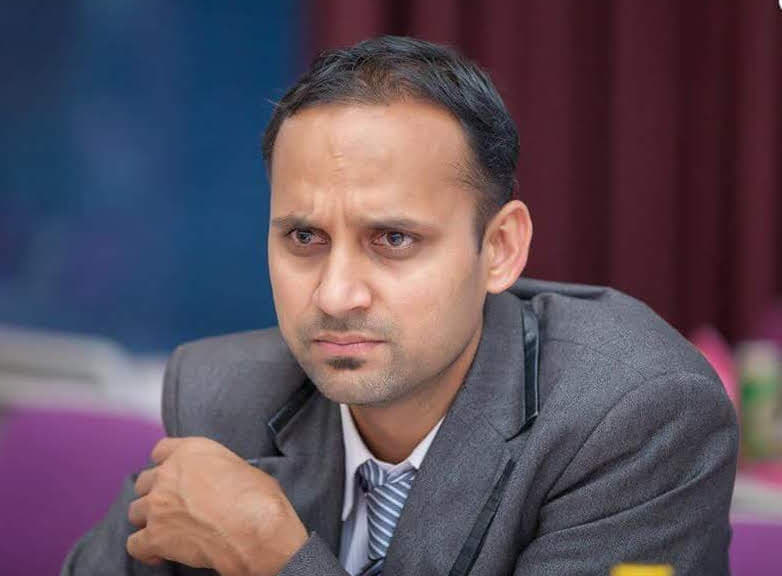 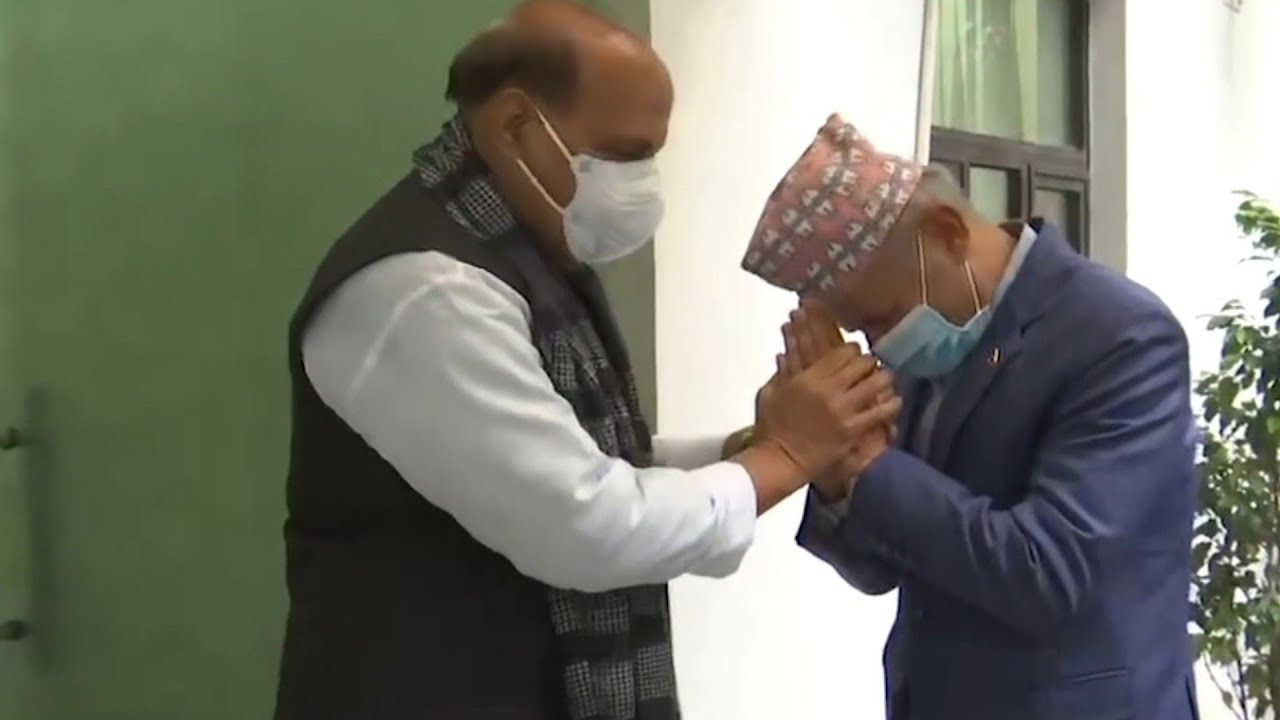 Nepal's Minister of Foreign Affairs Pradeep Kumar Gyawali has completed three-day visit to India. His visit to India marks an important milestone for it resumes diplomatic talks between the two neighbors Nepal and India, especially after the Kalapani-Lipulek-Limpiadhura issue emerged, resulting in the inclusion of the same territory in both the nations' maps.

Definitely, Nepal's move to incorporate its territory within its political map is a very brave endeavor keeping in mind the way Nepal was represented by her delegates so poorly in the international arena, particularly in India, in the recent past.

The three-day visit of Foreign Minister Gyawali courted controversy not because of any agreement or joint statement but because of the way minister Gyawali greeted the Defense Minister of India Rajnath Singh. Gyawali was pictured greeting Singh by bowing his head to the latter’s hands and soon the picture became viral in social media, receiving tremendous numbers of comments for and against Gyawali’s style of greeting.

It is common for the Nepali people to bow the head in front of elders with respect and so it might have been the case for Gyawali too since Singh is more than a decade older than him. He might have slightly bowed his head as a natural reflection of the culture he is nurtured in, and it is more than normal in most of the cases.

However, Gyawali was not in India for a casual visit but as the Foreign Minister of Nepal he had been making a formal visit heading a team of several delegates. During such a high-level visit, events do not confine to joint press statement. In diplomacy, body language, facial expression, and hand gestures matter no lesser than the verbal communication. Nonverbal communication too conveys strong message just like statements.

Keeping that in mind, body language communicated by Gyawali is also important. It naturally reflected the humble nature of Nepali culture, but deep within, the inferiority complex of Nepali leaders also marked its presence in the courtesy.

There are examples of controversial greetings or refusals to greetings in the world. In 2017, US president Donald Trump did not respond or rather neglected to a handshake offered by German Chancellor Angela Merkel in a meeting in the Oval Office. Later, Trump’s spokesperson had to clarify that it was not intentional.

Indian Prime Minister Narendra Modi has been termed by the BBC as ‘the most physically demonstrative leader in years’ because of his bear hugs with famous personalities like Barrack Obama, Mark Zuckerberg, Najib Razak, and many other dignitaries of the world. One such tight handshake with Prince William of the UK left marks on the latter's hand and made a buzz in media.

Now let’s reflect some of the causes for the controversy when Gyawali greeted Rajnath Singh by bowing to his hands. First and foremost, Nepalis are very emotional and sentimental about their nationalism, especially when it comes to India, largely due to the Indian attitude of taking Nepal as small brother, and sometimes as if Nepal is one of its states. Oftentimes, the Indian Seema Suraksha Bal makes it to Nepal trespassing the border and manhandling Nepalis in our own territory. They torture the people in border. Often Nepalis are portrayed as Bahadurs (low-skilled security guards) by Indians neglecting our larger identity. Such issues are innumerable.

Importantly, the larger border issues and the recent Kalapani-Limpiyadhura-Lipulekh wound has not healed. Not to mention that there are several other areas of border disputes. The memory of the recent Indian blockade imposed on Nepal creating both economic and humanitarian crises is still fresh and painful to most Nepalis.

The trade imbalance between the two countries is among the worst in the world. Nepal is portrayed as the country dependent on India; nonetheless, the reality is different. Nepal is confined within India by the Indian policy makers by creating hurdles in easy access to sea route.

The popular myth is that India is the backbone of Nepal’s economy since a lot of Nepalis work in India and bring a large revenue, while the reality is the other way around. Nepal’s contribution to Indian remittance is much larger than perceived, making Nepal the eighth largest remittance contributing country to India. The remittance India receives from Nepal is roughly three times more than what Nepal receives from India, according to most of the reports. So, why do we need to keep inferiority complex? We should act proactively and fight for the rights to access the sea routes guaranteed by the international laws.

Gyawali's way of greetings not only made his counterpart have control over him but also the counterpart’s confidence boosted to the skies, which determine subsequent actions, dealings, and agreements. When one represents a sovereign nation, irrespective of its size, and economic or military power in the global theater, the country one represents is an entity internationally equal to the other. In this regard, any feeling of inferiority complex becomes counteractive to the nation. Therefore, Gyawali’s greetings was not as confident as it should have been.

How much courtesy matters can be witnessed from King Mahendra’s state visit to the US in 1967 when the royal couple were greeted by the then US president Lyndon B. Johnson and First Lady in Washington DC. It is said that King Mahendra had warned to cancel his state visit if the president would not welcome him in the airport. Such is the power of greetings and sovereignty. Therefore, to any dignified Nepali any such inferiority complex shown by their leaders would naturally produce some fury, which the leaders should respect and promise not to repeat such blunders in the future.