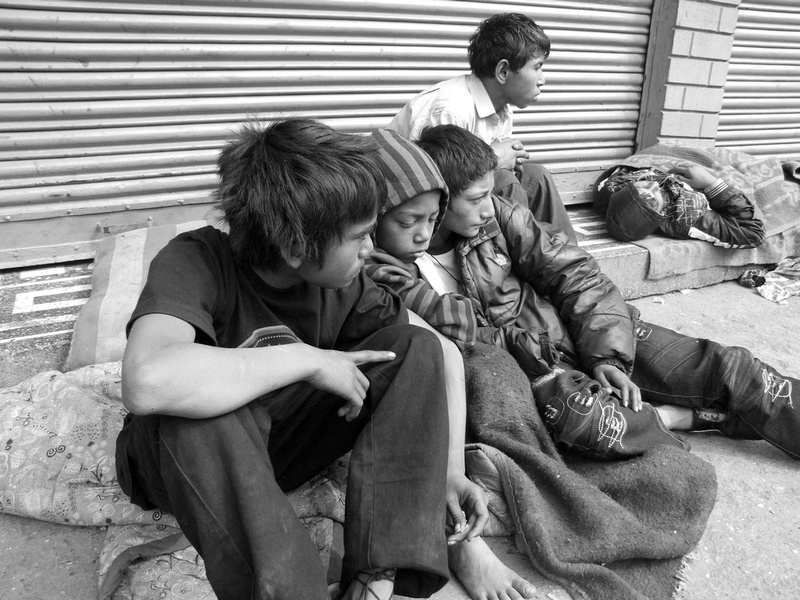 Kathmandu, 22 January (2021) - The government has expedited the campaign to build a nation free of street children.

As part of this campaign, the government has been since May 9, 2016 simultaneously carrying ahead programmes aimed at raising awareness of the families to prevent children from being compelled to come in the streets and rescuing and rehabilitating the street children.

The government aims to rescue and rehabilitate the street children and make the campaign successful within the current fiscal year.

The National Child Rights Council said 172 children (154 boys and 18 girls) have been rescued from the streets over the last six months of the current fiscal year.

So far 1,648 underprivileged children (1,435 boys and 213 girls) living in the street have been rescued and either reunited with their families or sheltered in child reform homes and children's homes since the start of the campaign.

It is found that approximately 90 per cent of the rehabilitated children take drugs. These children are reunited with their families after keeping them in reform centres.

The campaign that started in collaboration with Coordination Centre for Children at Risk from Kathmandu has been implemented in cities with large number of children at risk as Pokhara, Surkhet, Butwal, Itahari, Biratnagar and Narayanghat.

According to Chand, 165 new and 217 children at risk who had come in the street again were rescued last year.

He said some of these children come to the street out of compulsion for a living while others are sent by their parents for begging in the street during the day only.

The activities like making arrangement of keeping the exact record of street children, keeping street children at temporary protection centre after rescuing them, launching programme to reunite them in families and giving psychological counselling  to them have been incorporated in National Child Policy -2069 BS.

Issuing a 'Street Children Rescue, Protection and Management Guideline-2072', the Ministry of Women, Children and Senior Citizens, with coordination of the then Central Child Welfare Board, had been launching various activities like rescuing of street children, reuniting them with families as well as imparting counseling, and their institutional rehabilitation since 2073 BS. The activities have been continued with activeness of   National Child Rights Council.

On the occasion of National Children Day, 2077, Prime Minister KP Sharma Oli had conveyed a message that a policy has been taken to declare Nepal a street child free nation by 2020/21.

Of them, the highest number of rescued children was from indigenous nationalities which were 673 (47 per cent).

Likewise, 30 children (two percent) were from India. Out of the rescued children, there are 255 in child shelters, 99 in socialization centres, 50are protection of different children's homes, 810 were reunited with families, 184 were sent for different training and 59 involved in work by completing training.