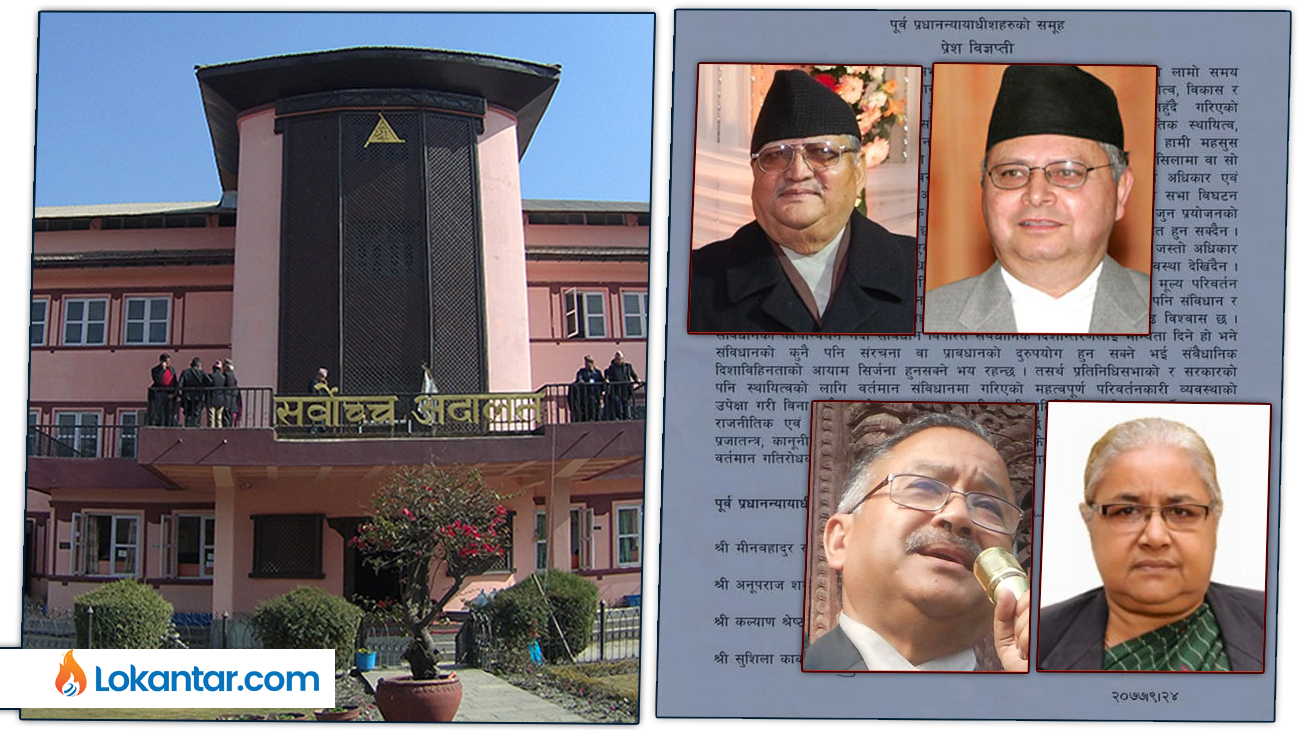 Kathmandu, 26 January (2021) - Separate cases of contempt of court have been filed against Prime Minister KP Sharma Oli and four former justices of the Supreme Court on Tuesday.

Advocate Kumar Sharma filed the petition for the contempt case.

Former justices drew flak for issuing a press release about the case against dissolution of House of Representatives that is sub judice in the top court.

A petition to register contempt case against former Speaker Daman Nath Dhungana too has been filed in the apex court.

Dhungana had commented that the justices will be dragged to the streets if they issue verdict that goes against people's opinions.

Previously, a contempt case was filed against PM Oli on Tuesday.

Oli had said that a show was going on in the court as Senior Advocate Krishna Prasad Bhandari was asked to present arguments to the bench. Contending that this statement is a contempt of the court, Advocate Kumar Sharma Acharya filed a case.

Previously lawyers had demanded to proceed with the contempt case against the prime minister in the constitutional bench led by Chief Justice Cholendra Shumsher JB Rana. But CJ Rana had said that even the former ministers are speaking about the sub judice case and all of them could not be dragged in contempt cases.