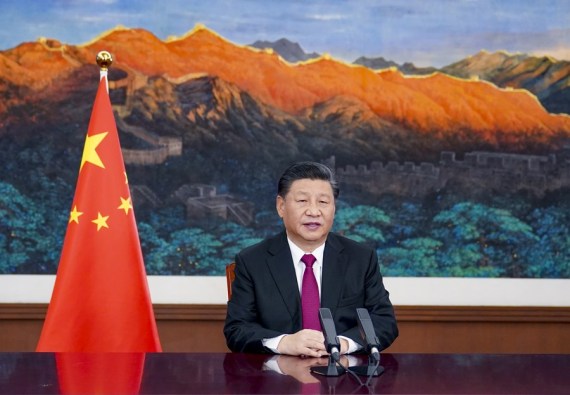 Geneva, 27 January (2021) - European leaders on Tuesday called for more multilateral cooperation, free trade and the fair distribution of COVID-19 vaccines on the second day of the virtual World Economic Forum Davos Agenda as solutions to the COVID crisis.

Their speeches echoed Chinese President Xi Jinping's Davos speech on Monday calling on the world to stay committed to openness and inclusiveness instead of closeness and exclusion.

"In a pandemic there is no time to lose. We need a new public-private approach to detect earlier, develop together and manufacture faster at scale," European Commission President Ursula von der Leyen said in her special address.

"Europe invested billions to help develop the world's first COVID-19 vaccines, to create a truly common good," she said, urging pharmaceutical companies and vaccine manufacturers to live up to their delivery promises.

"Now, the companies must deliver, they must honor their obligations. This is why we will set up a vaccine expert transparency mechanism. Europe is determined to contribute to this global common good," she added.

Vaccine rollout in the 27-nation bloc has been criticized as being slow compared to other developed regions as the European Union (EU) is struggling to overcome the pandemic that has already killed more than 2.1 million people worldwide.

"This is the hour of multilateralism," said German Chancellor Angela Merkel on Tuesday, stressing that the World Trade Organization (WTO) and fair international trade are a cornerstone for more international cooperation.

In December, China and the EU concluded negotiations for an investment agreement, which is expected to boost free trade and inject impetus into the global economic recovery.

Besides anti-pandemic battle and economic development, other global issues also call for multilateral cooperation and rules, such as fighting climate change.

In his address on Tuesday, French President Emmanuel Macron highlighted that the climate challenge is a top priority.

"We need to apply this (the Paris Agreement) at the local and regional levels. We need to have a carbon prizing that is high enough, we need mechanisms that invite companies to go down that road, we need to have sanction mechanisms."

The next UN Climate Change Conference (COP26) is scheduled to be held in Glasgow, Scotland, in November this year.

"During the coming summit, we need to be able to negotiate the equivalent of the Paris Agreement for biodiversity," Macron said. "What we are doing for climate we need to do for biodiversity. This year we have to come up with common rules."

During Tuesday's meeting, regulations on digital economy also took center stage with von der Leyen warning that the power of Internet companies needs to be contained and proposing a new global "rulebook."

"We want the platforms to be transparent about how their algorithms work. We cannot accept that decisions that have a far-reaching impact on our democracy are taken by computer programs alone," she said.

"We could create a digital economy rulebook that is valid worldwide. It goes from data protection and privacy, to the security of critical infrastructure. A body of rules based on our values," she said.

She also promised that the EU would step up financial support for digital projects and nurture innovative ecosystems "to become a global hub for artificial intelligence..."

Under the theme of "A Crucial Year to Rebuild Trust," more than 2,000 leaders joined the virtual Davos Agenda meeting, which lasts until Friday, to exchange ideas about global issues.