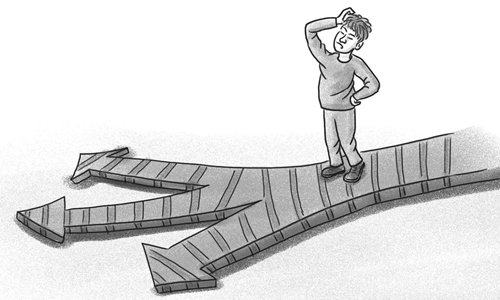 With the PM dissolving the parliament and calling for early elections in April/May, Nepal’s politics is back to square one, that is, back to pre-2015 days. Literally, in one go, we have drained all the gains made during many years of struggle. Refer to the Chart on state fragility index for Nepal. Over the last 15 years, we have improved or reduced state fragility, albeit at a slow pace. Definitely, in 2021 the graph is going to turn in an upward direction.

There may be some glimmer of hope as the legal-eagles battle to restore parliament through court verdict. Yet the chances are slim and grim. Will the country ever get back to a situation of normality?

Basically, the Court has three options at its disposal – approve, disapprove, or buy time. None of these is going to restore normalcy in the country. Speculation is already rife that if the parliament is restored, PM will dissolve it again or will impose emergency rule – this is going to be the worst case scenario. Even if we are able to avoid such an extreme situation, there will be intense horse-trading for power grab in the restored parliament. The Nepali Congress Party already fears that the reinstitution of the parliament may help unite an already divided NCP.

Country’s politics has polarized to such an extent that we have President, Prime Minister and the some heads of constitutional bodies are at one side while Vice President and the Speaker at the other. There is a sharp division between state and non-state actors and institutions.

What about the court approving the dissolution? It will be sheer stupidity to assume elections in April/May. Simply, the rift between two factions of NCP will not allow elections to take place. The Election Commission is already into a situation of paralysis. NCP is politically divided into two camps but legally and technically continues to exist as a single party. In such a scenario, how will it be possible to have elections? What will be the quality and outcomes from such elections?

With 300 lawyers lined up for their deliberations and more and more revelations of technical and procedural flaws in the dissolution of parliament, the best available course of action for the court will be to buy time. Squeezed between devil and the deep blue sea, buying time could be an easy option. Moreover, time is the only resource that is abundantly available in Nepal. Therefore, we are habituated of taking decisions at the eleventh hour. Weren’t Comrades duo Prachanda and Nepal twiddling their fingers when PM Oli conned to stab them upfront?

If these three scenarios do not lead us to a situation of normalcy, one may ask a question: Are we in a normal situation prior to the dissolution? With global pandemic situation, economy in tatters, and disoriented political parties, weren’t we already in a state of abnormality? Definitely, the country was not in a state of normality but the political crisis has added further uncertainty, chaos, and confusion and exposed our fragility. We did not even learn from the global pandemic disease that the virus is far more deadly for those people having underlined health problems like diabetes, high blood pressure, heart, and respiratory problems. Same goes with the political virus – the chances of infection are higher when the immunity system of the country is already weak. In the Chart, our fragility may be improving, but we are already at a higher range of state fragility. 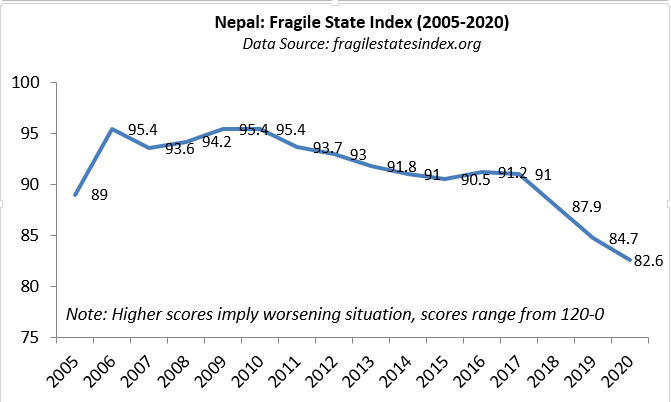 The game of possibilities

Politics is often assumed to be the game of possibilities. Critics also label it a dirty game. Bringing in the analogy of the game of sports, one can raise four questions: Does our problem of politics rest with (a) the players including the umpire and managers (politicians and their leaders), (b) the rules of the game, (c) the bad playing ground, or (d) the poor spectators (general public/voters)?

At least, in the game of sports, we can import players from abroad. In politics, we don’t have this luxury. Not only do we have to live with same old, sick, senile, and corrupt leaders, even so called second generation leaders provide no ray of hope. We have too many leaders but too little leadership. That must the reason why leaders create problems here, instead of problems creating leaders.

What about rules of the game? We love to live in the world of ambiguity. Read any rule book in Nepal, definitely, one will end up not only with loopholes but also scope for double or even triple interpretations. The concept that “rules are meant to be broken” applies nowhere else than in Nepal. Politicians, by nature, love to live in the world of ambiguity. Forget about big policies and laws of the land; just imagine you registering an application for a services in any government office. You can’t register your application letter without first getting tok aadesh from the hakim? So how are you going to register your complaint application if you first need prior approval?

For many years we complained about our bad playing ground – starting from small, poor, mountainous, landlocked country, lack of resources, high population growth rate to bad neighbour(s), finally, to our unpredictable weather conditions and natural calamities. There is no need for management had resources been abundantly available. Management basically works with constraints. This is even truer for political management.

Having frustrated with above three questions, we are increasingly putting blame on the (mute) spectators (common people) – yes, they are labelled as veda or sheep. They are not people, they sheeple. They are supposed to get the government and leaders they deserve. Increasingly, followers are blamed for the lack of success of the leaders. With pork barrel politics that too played with poor, destitute, powerless and voiceless people it is easy to put a blame on sheeple. Once an agriculturist told me that there are no poor countries in the world that are sheep rich. He was talking about four-footed animal, not sheeple.