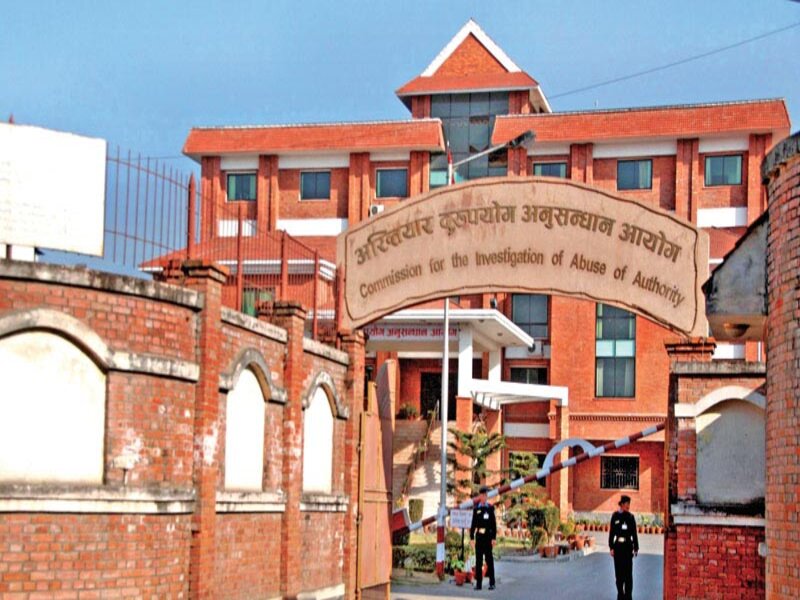 Myagdi, 1 February (2021) - The Commission for Investigation of Abuse of Authority (CIAA) has initiated an investigation into the alleged irregularities on the construction of multi-purpose meeting hall of Malika rural municipality-6 in Myagdi.

Acting on a complaint lodged against financial irregularities regarding building construction, the anti-graft constitution body has started probe into the case through Myagdi District Administration Office.

CDO Umakanta Adhikari shared that a team also consisting of technician has been formed to investigate into the alleged irregularities as per the CIAA directive.

“The probe team has undertaken technical checks of the newly-constructed building and started going through the concerned documents”, he said, adding, “A report prepared after the review of documents and technical checks and measurement will be submitted to the administration”.

It may be noted that the Jayalaxmi Construction Service had signed a contract on 27 February 2020 for the meeting hall construction at the cost of Rs 10.4 million.

Malika rural municipality and Gandaki province government had collaborated for the construction works. The construction was completed a month prior to the contract-stipulated time.

Locals of Darwang area had raised questions on the design, cost estimate and contract-out process for the building after its construction completed before the target date. People had alleged that the cost estimate was deliberately proposed high to create loopholes for financial irregularities.

The meeting hall with the capacity of 150 people has the length of 77 feet and seven inches and the breadth of 42 feet and three inches. There is no pillar in the one-storied meeting hall. It has a stage, two changing rooms, three toilets and water tank.

However, Malika rural municipality chair Shree Prasad Roka refuted the allegations regarding the construction of the meeting hall saying it was carried out under the supervision of rural municipality’s technician in line with the design of the Gandaki province government.