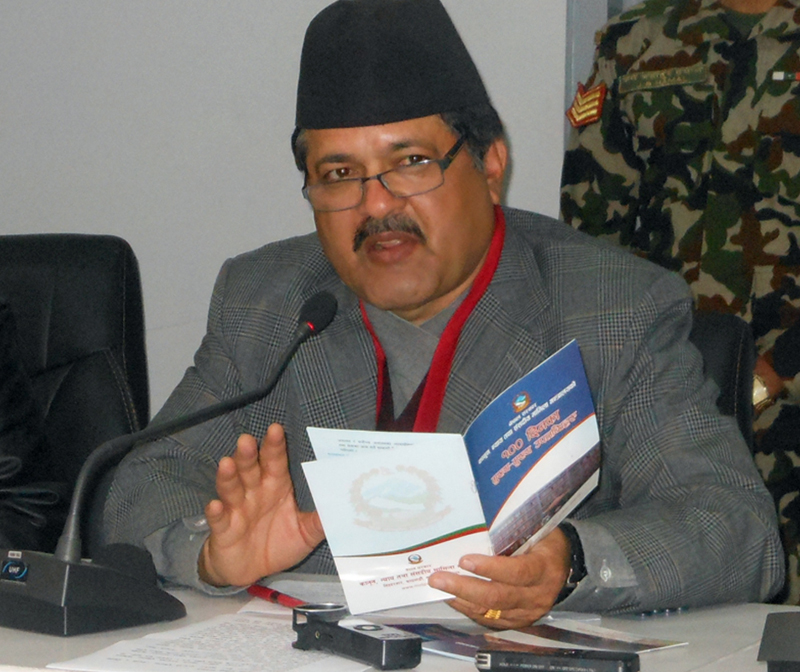 Kathmandu, 1 February (2021) - Attorney General Agni Prasad Kharel has clarified that the incumbent government had rights to govern for five years and the mid-term election was called since the government was not allowed to run for its full tenure.

In the pleading during the hearing over the writ petition filed against the dissolution of the House of Representatives (HoR) by Prime Minister KP Sharma Oli on December 20, 2020 today, Kharel urged the Constitutional Bench to look into the constitution regarding this provision.

On the 14th day of hearing on the writ, Kharel, also the chief legal advisor to the government, in today’s constitutional bench of the Supreme Court, argued that although the PM had two-thirds majority, the country could still go for the mid-term poll.

Stating that no political parties had filed application against the dissolution of the HoR, Kharel demanded that the court should interpret the very act by taking into account all the related articles in the constitution of Nepal.

According to him, the current Prime Minister was received by all, and can dissolve the parliament as the head of the leading political party and as per the practices in other countries.

The government attorneys started arguing on the matter after the lawyers finished pleading before the bench on the behalf of the petitioners. Hearing on dissolution of HoR continues.