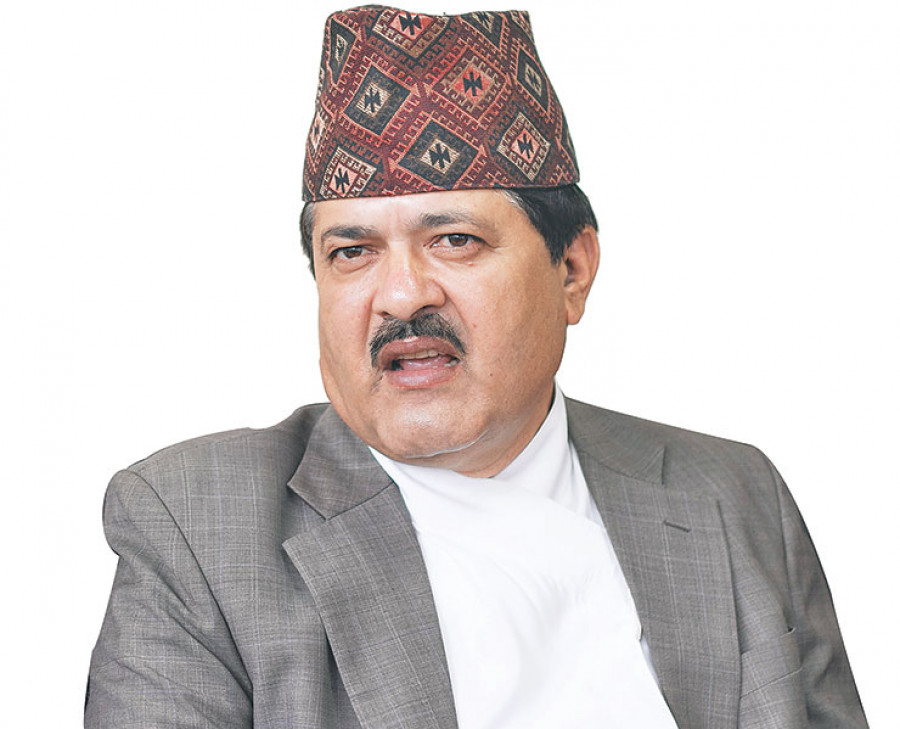 Kathmandu, 2 February (2021) - Attorney General Agni Prasad Kharel has argued that though it was compulsion to dissolve House of Representatives, it was constitutional.

Attorney General Kharel expressed this view while defending the government on the 15th day of hearing over the writ petition filed against HoR dissolution.

Recalling that the House was also dissolved in 2051 BS despite a majority government, he clarified that the incumbent government decided to go for fresh mandate after it was not allowed to fulfill its term though it was elected for a five-year term.

Also the chief legal advisor of the government, Kharel determined that it was better to go again before people rather than bargaining of people mandate.

"Although the writ has raised a concern about the role of the President in the dissolution of HoR as an unconstitutional one, it is the Prime Minister who goes out to the public rather than the President," Kharel argued.

Furthermore, Kharel, the chief legal advisor to the PM, further pleaded," There is no chance of reinstatement of the HoR that has been dissolved. The parliament is not dead yet and the country is going for the mid-term polls."

He asked how the government would function and the Head of the Government could deliver well when his legs were tied up. "Hence, there was no alternative to dissolving the HoR."

Altogether 13 writ petitions were filed against the dissolution of HoR in the Supreme Court. The HoR was dissolved by President Bidya Devi Bhandari on December 20, 2020 on the recommendation of PM Oli.

Hearing on the writ has been continuing at the Constitution Bench for a fortnight now.

The government attorneys started arguing on the matter since Monday after the lawyers finished pleading before the bench on the behalf of the petitioners on Sunday.

Attorney General Kharel began his pleading since Monday and finished hearing on the writ. Deputy Attorney general Padam Prasad Pandey will begin his pleading on the behalf of the public prosecutors.

Any form of U.S. military contact with China's Taiwan opposed