Construction entrepreneurs' demands to be met through discussions: Finance Minister 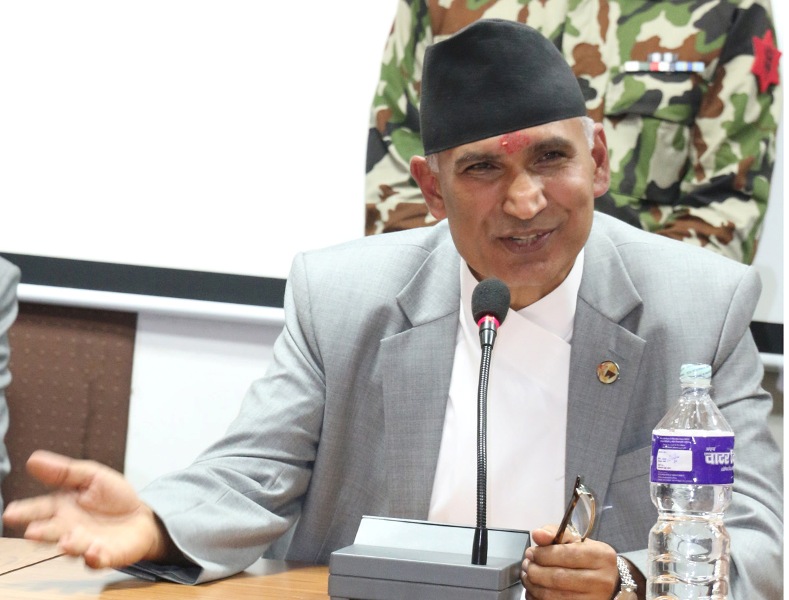 Kathmandu, 8 February (2021) - Finance Minister Bishnu Prasad Poudel has said that discussions would be held with the agencies concerned for addressing the demands of the construction entrepreneurs.

He said so during a meeting with a delegation of the Federation of Contractors' Associations of Nepal (FCAN) here today.  On the occasion, the Finance Minister expressed commitment to seek solution to some of the demands put forth by the construction entrepreneurs as they are related to his Ministry as well while some demands have to be decided from the Council of Ministers itself.

The FCAN leadership had drawn the attention of the Finance Minister to address their demands even by amending the Public Procurement Regulations.

The delegation led by the Federation president Rabi Singh called attention of the minister on topics as withdrawing the deposit amount, extension of term, revocation of the value added tax on diesel, rebate on penalty, interest and additional surcharge.

The delegation also demanded that the amount against the five per cent deposit should be returned to the entrepreneurs on the basis of bank guarantee to revive the construction industry that has been hit by COVID-19 due to less cash flow.

According to the FCAN, the construction business would be revived if the amount in deposit started flowing in the market and all the development and construction works that are almost closed at present due to the shortfall of Rs 65 billion faced by the entrepreneurs would be expedited and completed in time.

FCAN president Singh argued that many development and construction works have been delayed or could not be operated due to the nationwide lockdown imposed to contain the spread of coronavirus pandemic during which period most of the industries had also closed.

He also urged the government to extend the term of contracts of those 2,772 'sick' development construction projects the contract deadline and term has expired.