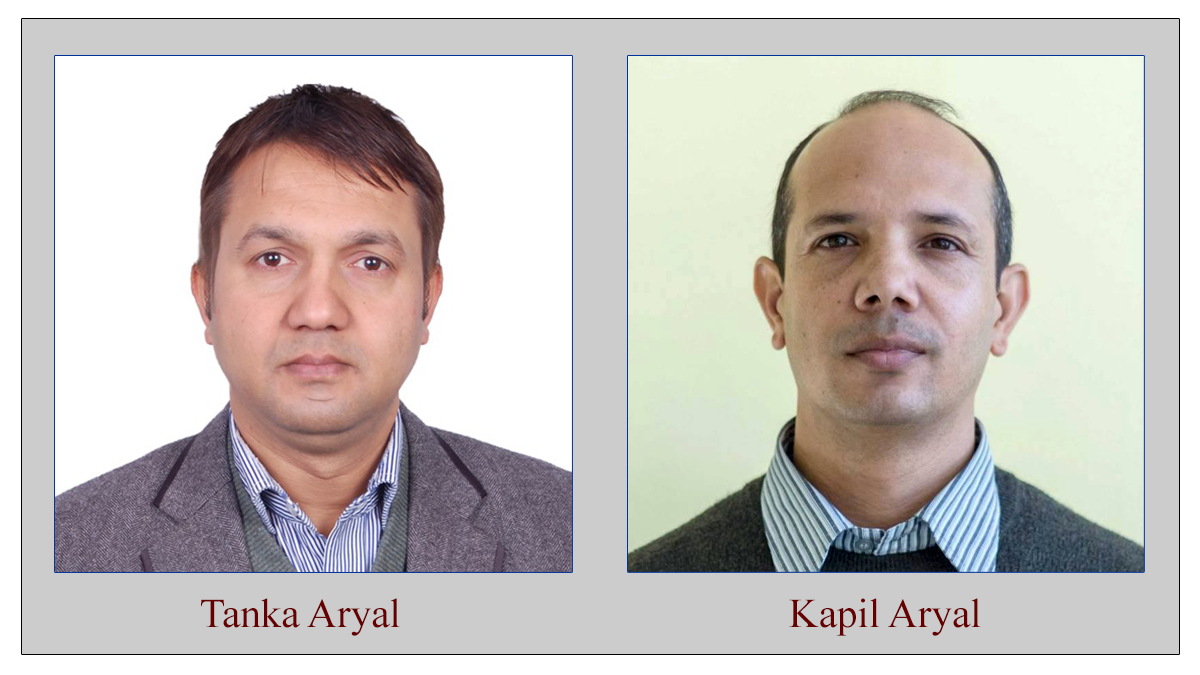 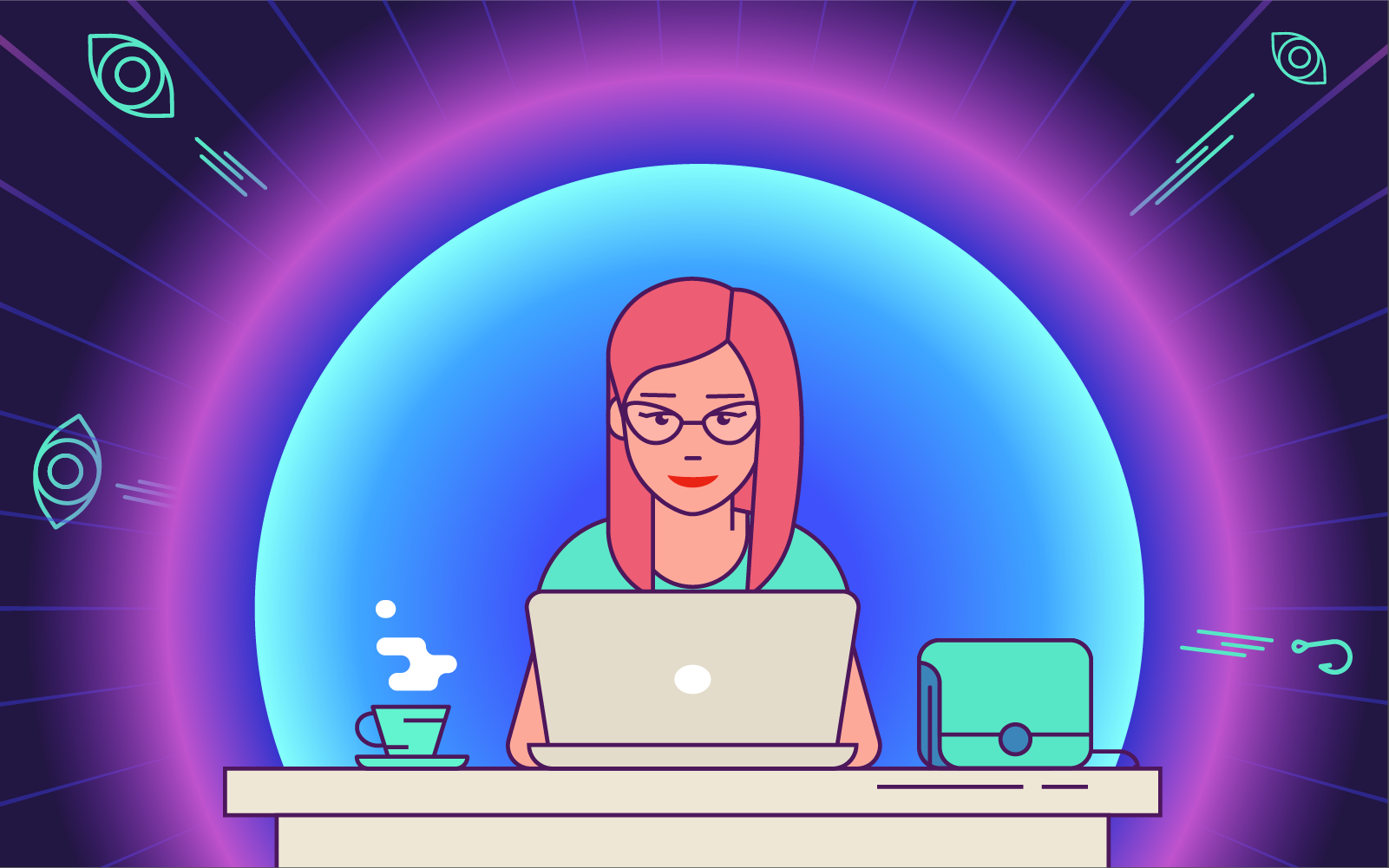 Internet is one of the most amazing inventions of contemporary period which has changed the landscape of modern information-communication system, teaching-learning methods, business, trade, health services, and agriculture. It has revolutionized almost everything that we have today. Internet has provided access to almost all kinds of information that the world has produced and put in the cyber space.

After the outburst of COVID-19 pandemic, the dependency on internet has tremendously increased for the operation of regular life. However, new users are forced to use internet without basic knowledge and understanding security features.

Internet and computer technologies have always been evolving and transforming to increase their effectiveness since their invention. Digital era kick-started after public gained access to portable personal computers that replaced large sized expensive computers.

Internet was new and inaccessible to general public until recent years. With the development of high speed internet technology, affordable digital devices like smartphones, computers and laptops, people have gained unprecedented benefits through increased access to information, business and learning opportunities and many more.

With these increased opportunities and benefits, the world has also started noticing negative impacts of these technologies. Youths and adults are major beneficiaries of these technologies and children of this era have also started getting access to them. Increased accessibility and affordability of internet technologies and devices have also added vulnerability to children and young people from possible abuse and exploitation. Internet has been a boon and a curse for young people, teenagers and almost all others.

Increased accessibility and affordability of internet technologies and devices have also added vulnerability to children and young people from possible abuse and exploitation.

As per the Nepal Telecommunications Authority report in December 2020, more than 81 percent of Nepali people have access to broadband internet service. With increased numbers of people using the internet and social media in Nepal, children and young people also have increased access to these technologies and platforms, raising concerns over their safety online. Studies conducted by various organizations on the topic have shown that unsafe uses of the internet and social media, practices of violating social media use guidelines, inadequate response mechanisms and insufficient information available about safe uses of the internet are prominent issues faced by children, parents, teachers and other stakeholders.

Considering the risk of the misuse of internet, many efforts have been placed in to overcome internet safety issues. Enhanced technologies and educated users are the most used approach for it. To educate the users as well as service providers "Safer Internet Day" was first initiated in Europe in 2004 and came to exist officially since 2012 when the US Department of Homeland Security and European Commission joined hands together to protect children from internet-based crimes. Second Tuesday of each February celebrations take place across the globe (saferinternetday.org). Now the Safer Internet Day is recognized and celebrated in around 150 countries worldwide.

Safer Internet Day is an occasion to raise awareness about new and emerging trends of internet-based abuses and exploitation of children and young people. This day is also important to discuss about potential risks of children in the cyber space and ways to protect them. In most parts of the world, stakeholders and duty bearers concerned as well as children and young people share the same platform to discuss the matter. This year, second Tuesday of February falls on 9th and it is being celebrated as Safer Internet Day with the slogan “Together for a better internet” (saferinternetday.org).

Issues and concerns of internet safety in Nepal

Use of internet became a compulsion for many people after the nationwide lockdown because of the COVID-19. Almost all schools in urban areas started teaching through online platforms. This caused parents to compulsorily provide their children smartphones or computers/laptops with good internet access. With the increased access to digital devices and internet access, children have started using smartphones and computers for multiple purposes. Many children are using internet without knowing that abusing or insulting someone may amount to crime.

One of the issues of internet safety in Nepal is that children are not taught or provided information about safe use of internet in schools. Majority of the parents are unable to guide their children for safer use of internet. Internet use of most of the children is not monitored. Children have unhindered access to everything that is in the internet regardless of age restriction for certain contents and materials.

Majority of the parents are unable to guide their children for safer use of internet.

Sharing of password of their email account and social media sites with friends, opening of social media accounts with fake name and photos to post and comment whichever way they like, requesting online friends to meet physically, chatting with strangers without parents letting know, sending friend requests to strangers or accepting requests from strangers, sharing of indecent or abusive contents posted by others have been common practices among children and young people.

Unable to know about the potential risk while being online, lack of regular monitoring of children’s internet use behaviour and ignorance to children’s complaints about harassment, bullying or abuse on internet are some additional issues of internet safety in Nepal.  Additionally, there is almost no interaction between parents, teachers and students about safer use of internet and there is no effective response mechanism.

There are many legislative provisions including Muluki Criminal Code, 2017, The Act Relating to Children, 2075 (2018), and Crime Victim Protection Act, 2018 (B.S.) that are relevant to the protection of children from online abuse and exploitation.

Electronic Transaction Act, 2007 criminalises several cybercrimes, including: to pirate, destroy or alter computer source code, to access unauthorised computer materials, to cause damage to any computer and information system, to publish illegal materials in electronic form, to disclose confidentiality, to commit computer fraud and abetment to commit computer related offences and accomplice to those offences.  There are Online Child Safety Directives 2018 (B.S. 2076), Telecommunication Policy, 2004 (B.S. 2060) and ICT Policy, 2015 (B.S. 2072) to regulate internet, telecommunication and ICT in Nepal. Online Child Safety Directives 2018 was brought mainly for the safe use of internet by children, imposing duties and responsibilities to guardians, schools, NGOs and Internet Service Providers to protect children from the potential risks of online platforms.

Electronic Transaction Act 2006, Muluki Criminal Code 2017 and the Children’s Act 2018 are the major legal bases to charge any alleged offender of online abuse and exploitation in Nepal. The Act Relating to Children 2018 being the special Act for the protection of rights of children, in cases of crimes against children, investigators and prosecutors should use this Act. However, if any offence against children is not covered by the Act Relating to Children, the Criminal Code or Electronic Transaction Act can be equally utilized.

Electronic Transaction Act 2006, Muluki Criminal Code 2017 and the Children’s Act 2018 are the major legal bases to charge any alleged offender of online abuse and exploitation in Nepal.

The Act Relating to Children 2018 provides legal base for the protection of children from abuse and exploitation, including online exploitation. However, this Act also has some limitations as it does not define some terminologies like, ‘child abuse material’, ‘corruption of children’, ‘grooming’ or ‘solicitation of children for sexual purposes’, ‘sexting’, ‘sextortion’, ‘online child sex abuse or live streaming’, ‘sex tourism’, ‘pedophilia’ and ‘cyber stalking/bullying’. The Act also does not make parents or guardian liable for inaction even when they know that their children are being victim of abuse and exploitation.

Laws require to be explicit without room for misinterpretation. Laws also require to prescribe punishment as per the gravity of offence. Nepali laws have not brought ‘corruption of children’, ‘grooming’, cyber stalking’ and ‘online child sex abuse or live streaming’ within the sphere of crime. Thus, if such offences are occurred, it is on the hands of investigators, prosecutors and adjudicators to provide justice to the victims on the basis of their knowledge and interpretation of laws.

Internet safety is key issue for all in this age of internet; however, considering the vulnerability additional effort is needed to protect children from online related risks.  There are many things to do from the part of investigators, prosecutors, adjudicators, Nepal Telecom Authority, media, internet service providers as well as parents and schools for keeping children safe from online harms. Additionally, media can play vital role for educating children, parents and teachers on the benefits and safe use of internet.

Parents and teachers should be educated on parental control systems on their mobile, laptops, computer, and similar other devices. Children should be encouraged to report in case they experienced abuse in internet. Schools should develop complain lodging mechanism to respond to online bullying, exploitation or grooming that may happen in schools. Schools and organizations like Digital Rights Nepal working for the protection of children or online safety should develop programmes of interaction, consultation or counselling of children to make them aware about issues of safer use of internet and sexual exploitation online.

Tanka Aryal and Kapil Aryal are Advocates working on Digital Rights and Safety in Nepal for last 10 years.