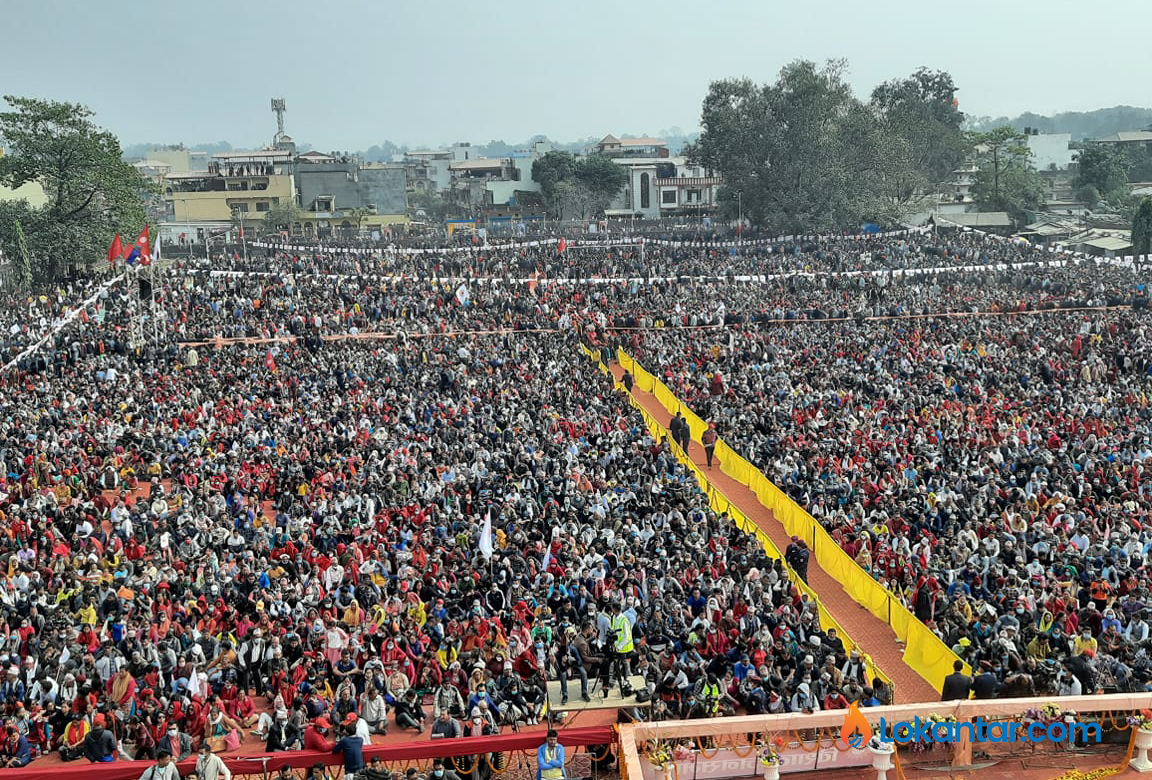 As the hearings inside the Supreme Court's Constitutional Bench drags on and the Election Commission is still undecided over legitimacy claims by the two factions of Nepal Communist Party (NCP), the possibility of having elections on 30 April and 10 May is getting remote. Prachanda-Nepal faction of NCP has already warned the Commission to not proceed with election preparations till the issue of legitimacy of NCP is duly settled. The scheduled elections in April/May is in a state of devil and deep blue sea – waiting the verdicts from the Court and the Election Commission.

As per the constitution, elections must be held within six months from the date of parliament dissolution. If elections cannot take place by 20 June, the country will plunge into constitutional crisis. Unlike in the past Interim Constitution, there is no make-shift arrangement for having a Khila Raj Regmi type government to do away with vagaries of “constitutional bottlenecks and obstacles” or baadha adkau fukau. Earlier, when the first Constituent Assembly (CA) failed to draft a constitution, political void was hurriedly filled in by having Chief Justice Mr Khila Raj Regmi appointed as the CEO, to supervise a second round of CA elections and to transfer power to the new prime minister.

It is only Oli Government which is determined to hold elections in April/May. He is busy holding election-like mass rallies and meetings and even personally making inquiries with the Election Commission. The Cabinet has even decided to hold elections in 40 districts on 30 April and remaining 37 districts on 10 May. Budget allocations have been made.

In the mass meeting organized on 5 February in Kathmandu, he directed his rent-a-crowd to chant the slogan “We want elections! We want elections!” Essentially, he is sending two messages. First, a direct message to the opponents that he is determined to have elections. Second, an indirect message to the court, signalling his displeasure in case his decision to dissolve the parliament is reversed.

Meanwhile, Nepali Congress president Sher Bahadur Deuba is coming with an absurd idea that PM Oli will resign after April (possibly reasoning his inability to hold elections on time) and hand over power (to him) on a silver plate. This can happen only when the court verdict reinstates the dissolved parliament. In the absence of parliament, literally, Oli is an indestructible figure.

Extension cannot be a solution

In order to comply with constitutional requirements to have elections within six months, election dates can be extended. But the political crisis is already at a boiling point. In the absence of political consensus on holding elections, the extension of election dates only helps to fuel the conflict between political parties, particularly the two factions of NCP. Political polarization is already at an extreme point and is at the verge of collusion. As a show of force, both factions of NCP are briskly organizing mass meetings – gathering rented crowd larger than that of the opponents.

Prolonging the stay onto power

By now, it is clear that the hidden agenda of the Oli Government is to prolong his stay onto power, that too, in the pretext of holding elections. He is occupied performing regular activities like attending inaugural sessions, giving interviews and speeches, appointing and transferring government officials. He will never hold elections until he is sure of winning. There may be forced elections but it will be similar to the one organized by former King Gyanendra - devoid of public participation and international recognition.

Remember the reasons outlined by the Oli Government for having elections? Securing two-third majority is not only ridiculous but also suicidal. Only a fool will believe any party having two third majority, given the fact that we have a mixed system of elections with 60 percent coming from first-past-the-post and 40 percent from proportional representations; and a demography, approximately, comprised of one-third each of bahun/chhetris, janajatis and Terai-Madhesis. At least, Dr Baburam Bhattarai and Mr Gagan Thapa are correct in saying, “It will be stupidity to prepare for elections that are not going to be held at all”.

Also one needs no reminding, during his first term how PM Oli tendered his resignation only after being forced with no-trust motion in the parliament. This time also, he is not going to give up easily without a fight. It is unbelievable how myopic politicians could become and be victimized by their own indecisiveness and inactions.

In order to prolong his tenure, there is possibility of imposing emergency rule. Who knows, recent Nepal Army plying out armed vehicles from the barracks into the streets could only be an exercise in this direction! Moreover, there are lessons to be drawn from what is happening in nearby countries, that is, Myanmar. Landlocked Nepal is virtually dependent on India for necessary supplies; emergency cannot take place without green signals from India. It is far easier to destabilize a country than to stabilize one. Definitely, a destabilized Nepal is not going to be in the interest of India.

Is PM Oli a nemesis of federal, secular, democratic, republic Nepal? A blogger commented in the social media, “How a PM, who refused to take oath in the name of god, can suddenly turn into a devotee of Shree Pashupatinath or Lord Ram?” His aversion to federalism was clear from his dictates to provincial governments. His “bullock cart theory” – one can never reach the US by riding on a bullock cart - is often cited as his anti-republican remarks. Many believe his choice of venue for organizing 5 February mass meeting has a more symbolic meaning than a search for a space for his rented crowd.

Restoration or no restoration, elections or no elections, the country is in a deep political crisis, primarily emanating from constitutional crisis.

Restoration or no restoration, elections or no elections, the country is in a deep political crisis, primarily emanating from constitutional crisis. Clearly, there are flaws in the present constitution. It is an irony that a constitution designed to attain political stability is now helping to destabilize the country. The dilemma of the court is understandable from dilly dallying and time buying approach of the government. It has declared holidays and lined up more than 180 lawyers for court deliberations.

When a sitting minister himself calls for People’s Movement III in the mass meeting, one can fairly imagine the situation of the country. Without having some sort of new political settlement, the country cannot be rescued from ongoing political imbroglio. The settlement has to take place between four major forces represented in the parliament, namely, two factions of NCP, Nepali Congress and Janata Samajwadi Party. Possibly, such a settlement should look into constitutional amendment guaranteeing more, not less, republicanism, federalism, democracy, and secularism.

Obviously, this will include immunity to PM Oli and his team, including the President. As politics is all about the game of possibilities, there is optimism in the air. Nepal is a unique country, unlike other countries where regime change often leads to bloodbaths or sending opponents into exile. At least, we do not have such a history. If necessary, Nepali politicians can and do sit together for talks with their arch rivals. Obviously, what is required is a bit of external coaxing.