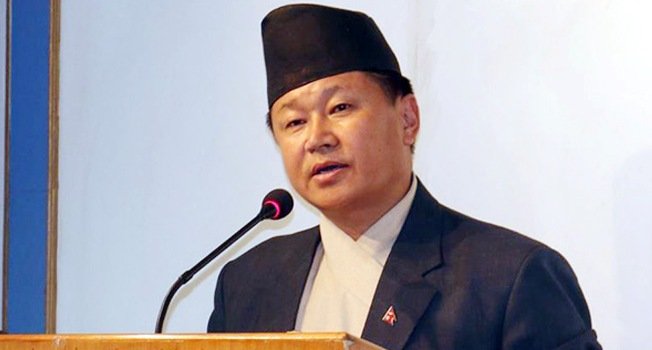 Biratnagar, 15 February (2021) - Province 1 Chief Minister Sherdhan Rai today claimed that the provincial government has been successful in creating a sense of hope among people for their better future.

He stressed the need for speeding up development programmes as expected by the people in the days to come. He was speaking at an event organised here to mark the government completing its three years by the Office of Chief Minister and Council of Ministers.

Despite COVID-19 pandemic that has adversely affected development projects, he claimed that there has been significant progress in education, health, social welfare, agriculture, industry and tourism.

The government was committed to implementing its goals of 'clean, happy and prosperous province' teaming up with the federal government's goals of 'Prosperous Nepal, Happy Nepalis', he said.

According to him, the provincial government in a period of three years prepared a total 113 legal documents, including 49 laws, 24 regulations, 10 guidelines, 28 work procedures and a standard and committee formation order each, building the institutional structure.

He added that the Province Investment Authority has been constituted for promoting and mobilizing domestic and foreign investment in the Province no 1. The Chief Minister also shared that 45 thousand 189 jobs have been created in the province during the three years and that works were on for turning Biratnagar into the eastern aviation gateway of Nepal.

Stating that Province no 1 is in a situation of self-sufficiency in food grains, the Chief Minister reiterated that the provincial government was working with commitment  in the disaster management and in the development of information and communications sector, irrigation, water supply and sanitation and road transport.

He also extended best wishes to all the citizens of Province no 1 on the occasion of the province government's completion of three years.
'Goal of prosperity and development achieved'

On the occasion, the province chief also recalled the glorious history of the historic people's movements, the armed struggle, sacrifices and dedication that the Nepali people participated in from time to time for the sake of protection of national interests, establishment of democratic republic and forward-looking change.

He reiterated that the province government was carrying out works with seriousness for making the national aspiration of 'Prosperous Nepal, Happy Nepali' successful. Province no 1 Chief Pyasi said the province government has become successful in achieving encouraging progress and in creating a sense of hope for the future among the people despite the adverse situation tossed up by the COVID-19 pandemic.