House of Representatives dissolution is against nation, democracy: Leader Dahal 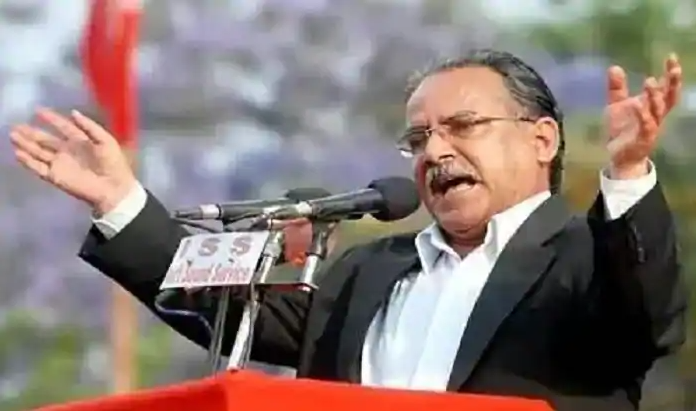 Chitwan, 15 February (2021) - Nepal Communist Party (NCP) Dahal-Nepal group Chair, Pushpa Kamal Dahal 'Prachanda' has said that the move of dissolving the House of Representatives was against the interest of the nation, people and democracy.

Talking to journalists at Bharatpur Airport today, he stated that the upcoming election to the House of Representatives was also not possible.

"Be clear, the election will not take place because this step (of dissolving the HoR) was not taken with the intention of holding the election," he added.

Stating that the achievements made through a long struggle and big sacrifice were imperiled at present, the former Prime Minister said they were in the movement for the protection of the constitution and democracy.

Chair Dahal is scheduled to address the mass gathering to be held in Chitwan on February 24. Dahal arrived here today in connection with attending a condolence assembly in memory of Nara Bahadur KC, who is a resident of Bharatpur Metropolitan City-7 and Dahal's close family relative.

He is scheduled to return back to Kathmandu today itself.