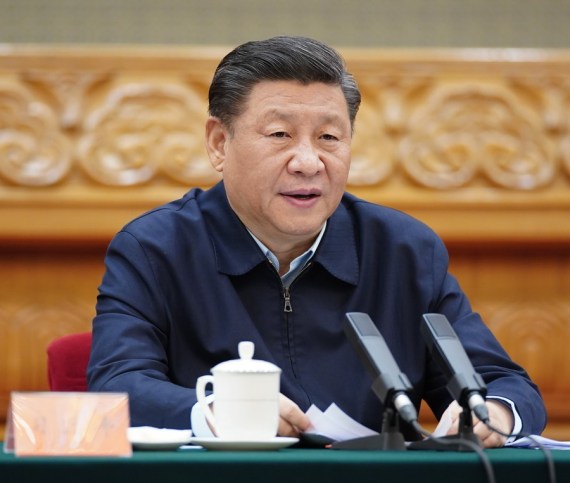 Beijing, 25 February (2021) - Building on its victory in eradicating absolute poverty, China is moving on to push for rural vitalization along with renewed efforts to consolidate the achievements made in the fight against poverty.

Shaking off poverty is not the finish line, but the starting line of a new life and new endeavor, Chinese President Xi Jinping said on Thursday, urging efforts to effectively integrate the consolidation of poverty alleviation achievements and rural vitalization.

Xi, also general secretary of the Communist Party of China (CPC) Central Committee and chairman of the Central Military Commission, made the remarks while addressing a gathering marking the country's accomplishments in poverty eradication and commending the efforts of outstanding individuals.

The rural vitalization strategy was proposed as a key move for the development of a modernized economy at the 19th CPC National Congress in 2017.

The year 2021 marks the start of China's 14th Five-Year Plan (2021-2025) for economic and social development and the beginning of its new journey toward fully building a modern socialist country.

China detailed plans to fully promote the strategy of rural vitalization in the Chinese leadership's proposals for formulating the 14th Five-Year Plan for National Economic and Social Development and the Long-Range Objectives Through the Year 2035.

In his speech, Xi said efforts must be made to prevent the scenario in which residents slip back into poverty on a large scale.

In 2020, after eight years of efforts, all of China's nearly 100 million impoverished rural residents living below the current poverty line had shaken off poverty.

Xi also demanded continued efforts to place the solution of problems concerning agriculture, rural areas and farmers as a priority in the work of the CPC.

Work concerning agriculture, rural areas and farmers has remained a top priority for China for 18 consecutive years. China unveiled its "No. 1 central document" for 2021 on Sunday, stressing the efforts to comprehensively push forward rural vitalization and accelerate the modernization of agriculture and rural areas.

"China will attach greater importance to the pursuit of common prosperity," Xi said in his speech.