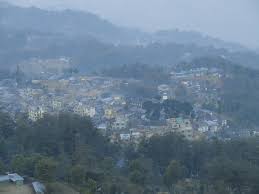 Taplejung, 26 February (2021) - Historic Palungwa palace has been dilapidated for want of conservation. However, the concerned authorities have shown apathy for its preservation, complained local people.

The tiled roof, a prison cell, six doors, five windows and more than 14 chambers of the palace have leaked. As a result, wooden beams and walls have started rotting.

The palace based at Palungwa chowk at Phungling Municipality-3 in Taplejung district was constructed 161 years ago by one Dharmajit Palungwa. Palungwa is said to have constructed the palace to gain power during that time.

The palace can be a tourist destination when conserved, said local people.

The historic building has come to a notice of people lately, said Surya Bahadur Palungwa, an offspring of the Palungwa generation. He is guarding the palace.

"The palace has been repaired temporarily so as to make arrangements for me to live in," he said.

The Phurunbo Palungwa Lineage Trust set up to conserve the palace has shown concerns about conserving the palace. Efforts are said to be ongoing to hand over ownership of the palace to the Trust, it has been said. In an effort to conserve the palace, the Department of Archeology under the Ministry of Culture, Tourism and Civil Aviation has allocated Rs 2 million for its conservation in the fiscal year, 2020/21, it has been said.