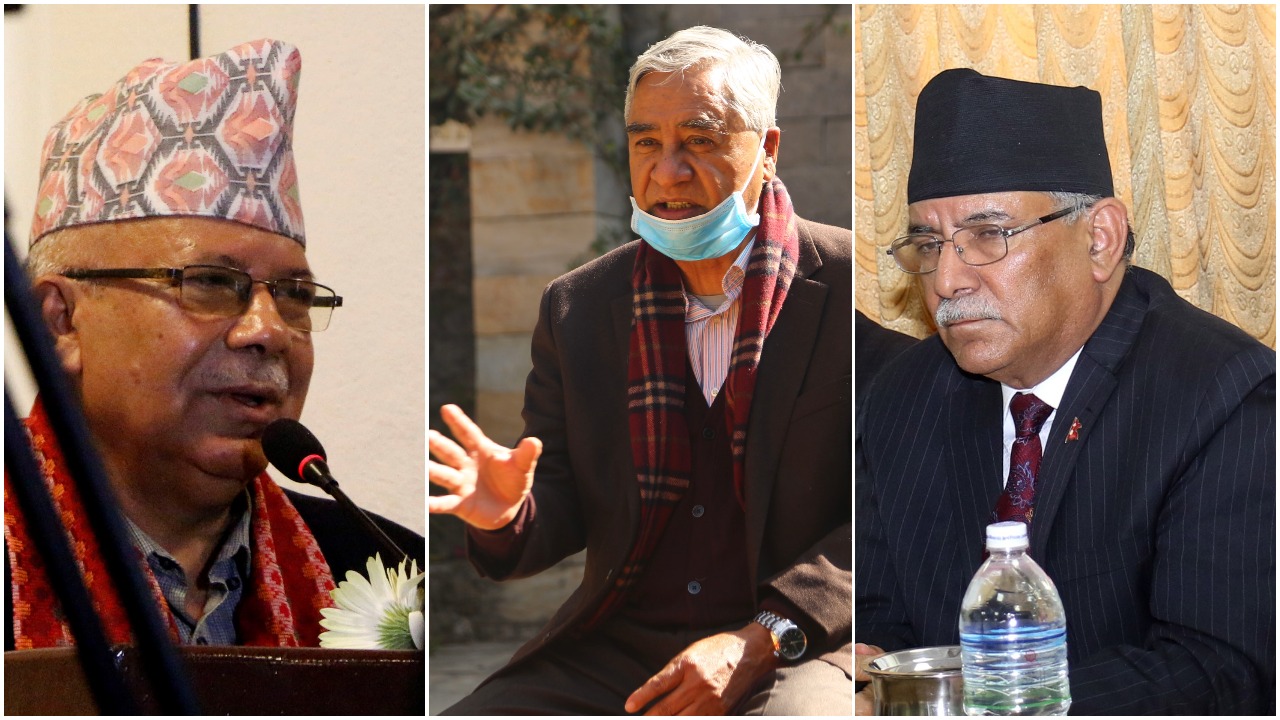 Kathmandu, 1 March (2021) - Dahal-Nepal faction of Nepal Communist Party (NCP) has decided to refrain from proceeding with motion of no confidence against Prime Minister KP Sharma Oli.

The no trust motion had been filed on 20 December with signatures of 90 members of House of Representatives. The same day President Bidya Bhandari had dissolved the House on the recommendation of Council of Ministers.

Withdrawing the motion of no confidence that had proposed Pushpa Kamal Dahal "Prachanda" as the next PM, Dahal-Nepal group has decided to move ahead in line with new development.

The Supreme Court issued a verdict on 23 February to reinstate the House of Representatives and considered the period after the dissolution as zero hour.

Seeing that the motion of no confidence registered after the dissolution of parliament will invite the question of legitimacy, Dahal-Nepal faction has prepared to file a new no trust motion.

President Bhandari on the recommendation of the government has called for new session of the House of Representatives to be held on 7 March.

Dahal-Nepal faction suspects that PM Oli will end the session on the first day if motion of no confidence is not tabled.