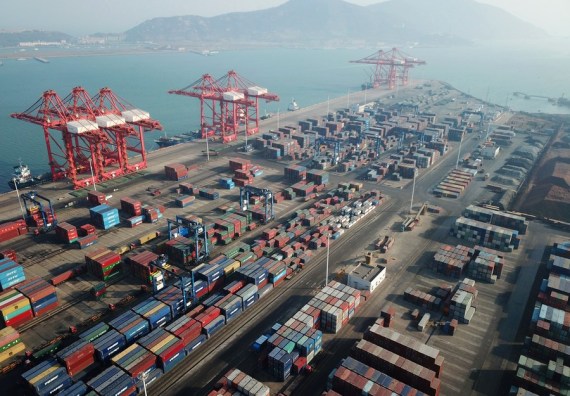 Beijing, 2 March (2021) - As China leads the world in bouncing back from the pandemic fallout, it is absolutely clear that the country is critical for the global economic recovery, an Indian expert on public policy has said.

"China today is the most vibrant large economy in the world at a time when the global economy has seen contraction" and when other heavyweight players like the United States, Japan and India suffered a major blow, said Sudheendra Kulkarni, former chairman of Mumbai-based think-tank Observer Research Foundation, in a recent interview with Xinhua.

Noting that China last year achieved a stunning 6.5-percent growth in its gross domestic product (GDP) for the fourth quarter and a 2.3-percent increase year-on-year, Kulkarni said that a key milestone attested to the achievement of the world's second-largest economy is that its GDP exceeded the 100-trillion-yuan (15.42 trillion U.S. dollars) in 2020.

Kulkarni also noted that another milestone for the northern neighbor of India was that it has completely eradicated extreme poverty, as over the past eight years the country has lifted nearly 100 million poor rural residents under the current poverty line out of poverty.

One of the aspects of China's development path is an economy driven by high technology and the other is also an economy that is "guided by the high quality of growth, not just quantity but high quality that results in improving the living condition of the people," Kulkarni added.

"The COVID-19 pandemic has been a major blow to the economies around the world, and there is one lesson that we have to draw from the pandemic. It is that all countries should cooperate rather than disengage," he said.

He called on China, the United States, and other economies like the European Union, Japan and India to cooperate to reform the global economic order.

"There are some people especially in the West who have been talking of decoupling of American and Chinese economies. This is not going to work. In fact, it will be counterproductive to America and other countries in the world," said the expert.

Kulkarni noted that China has emerged as India's largest trading partner and recently China has completed the negotiations of an investment agreement with the European Union, which shows China's crucial role in the global economy.

Therefore, he said, the United States and China should move in the direction of greater cooperation.