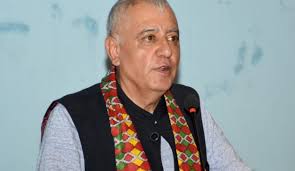 Chitwan, 3 March (2021) - Main opposition Nepali Congress (NC) general secretary Dr Shashanka Koirala has said the party should be part of the formation of a new government in coalition with the Nepal Communist Party (NCP) Dahal-Nepal group.

Speaking at a press meet organised here today, he said either the NC or the Dahal-Nepal faction would register a vote of no confidence against Prime Minister KP Sharma Oli.

He went on to say that in the aftermath of the reinstatement of the House of Representatives, the first and foremost task was to remove the government. The NC should be part of the new government to ensure the division between the NCP, but if the party got split before that, it would keep no meaning to join the government.