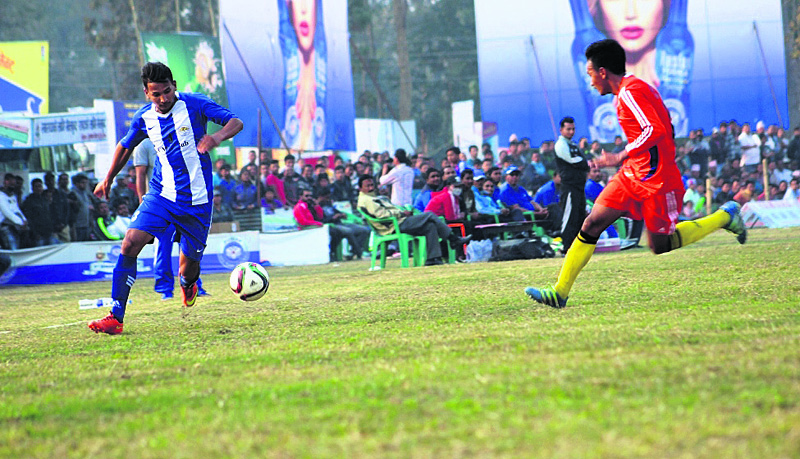 Narayanghat, 14 March (2021) - A national level football tournament is being held here in memory of footballer Bijaya Khadgi who died in course of foreign employment in Qatar.

The late Bijaya memorial gold cup football tournament is being organized by the District Football Association from coming March 25 to April 4. The tournament will be held at Campachaur of Narayangadh.

A total of 10 teams including A division clubs will be competing in the event, said president of the Association Sri Krishna Karki.  Two of the teams are local teams from Chitwan and the rest after from Hetauda, Pokhara, Kathmandu, Udayapur, Butwal, Sindhuli, Province no. 2 and Bagmati.

The winner will win a cash prize of Rs. 300,000 while the runner-up will take home Rs. 150,000.  The tournament is expected to cost Rs. 2.7 million. The income from the tournament will be donated for the education of the only son of Khadgi.

Khadgi had represented Nepal in the U-13 and U-14 category. He died at the age of 32, while he was in foreign employment.