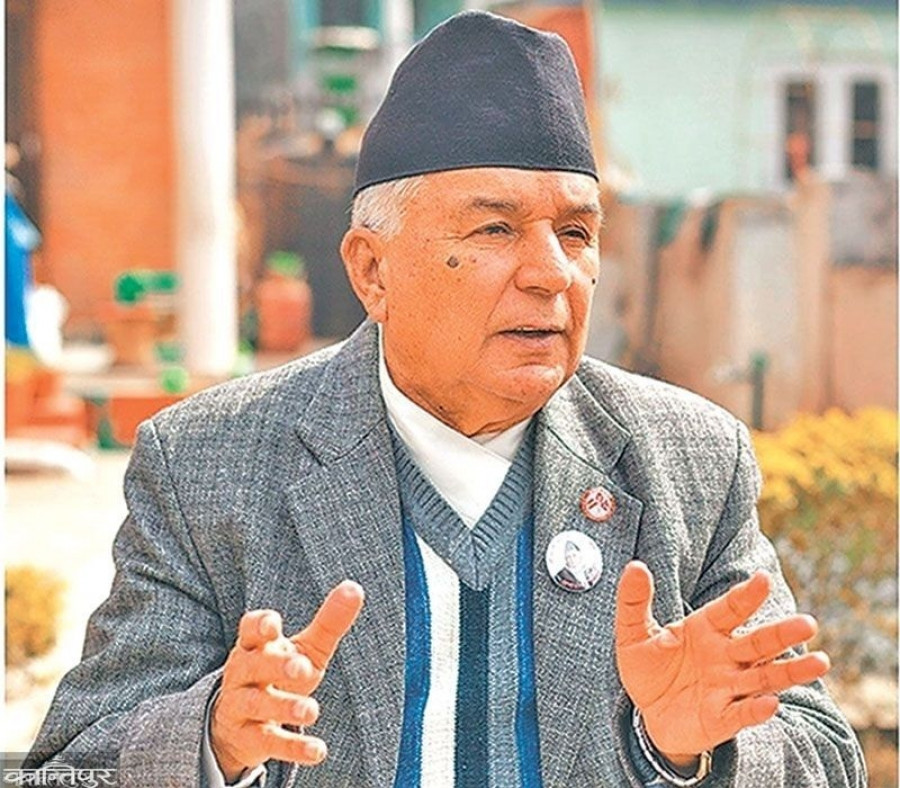 Dang, 19 March (2021) - Senior leader of the Nepali Congress Ram Chandra Poudel has said the party itself should be democratic in principles and practice to protect democracy in the country. He complained that NC leadership failed to be democratic.

Addressing a condolence gathering organized on the 13th day of the passing away of Lokmani Giri, father of NC central member Dipak Giri, here Thursday, Poudel argued that NC was undergoing similar fate of uncertainty as the country has.

The senior leader underscored the need that NC as the major responsible opposition party took concrete initiative to clear political impasse in the country. "Time has come for the NC to take right decision because it is time to prioritize system to government," he said, adding that he was always focusing policy and principles in the party and country.

On the occasion, former Home Minister Devendra Raj Kandel said the communist would dominate national affairs as long as the NC leaders continue betraying each other in election.