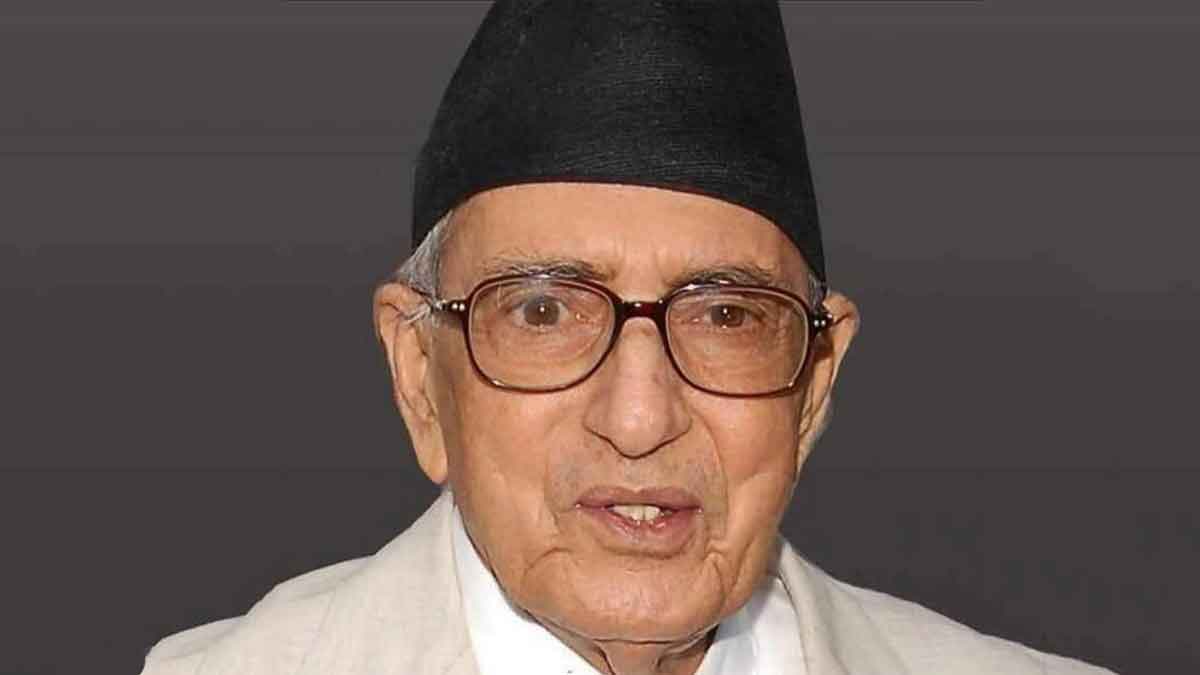 Bhaktapur, 21 March (2021) - Nepali Congress central member and former Minister Mahesh Prasad Acharya has said that the country's political situation has reached an alarming stage, and a leader like GP Koirala who could give a way out to the country was needed.

Speaking at the 11th memorial day of former Prime Minister Girija Prasad Koirala organized by the GP Koirala Foundation, Bhaktapur on Saturday, he said. Koirala had pulled the country out of the armed conflict by bringing the then Maoists into the peace process. He also said that NC President Sher Bahadur Deuba should bring all the opposition parties to form the new government.

Stating that Prime Minister KP Sharma Oli should seek a vote of confidence from the parliament immediately, Acharya said leaders Madhav Nepal and Prachanda were equally responsible for the current sorry affairs of the country's politics.

NC Bhaktapur President Durlav Thapa said the time had again come for the Congress to give a way out to the country. Former MP Lekhnath Neupane, GPK Foundation Coordinator Bidurman Singh Basnet and other speakers shed light on the contribution of late Koirala to peace, solidarity, consensus and collaboration in the country.