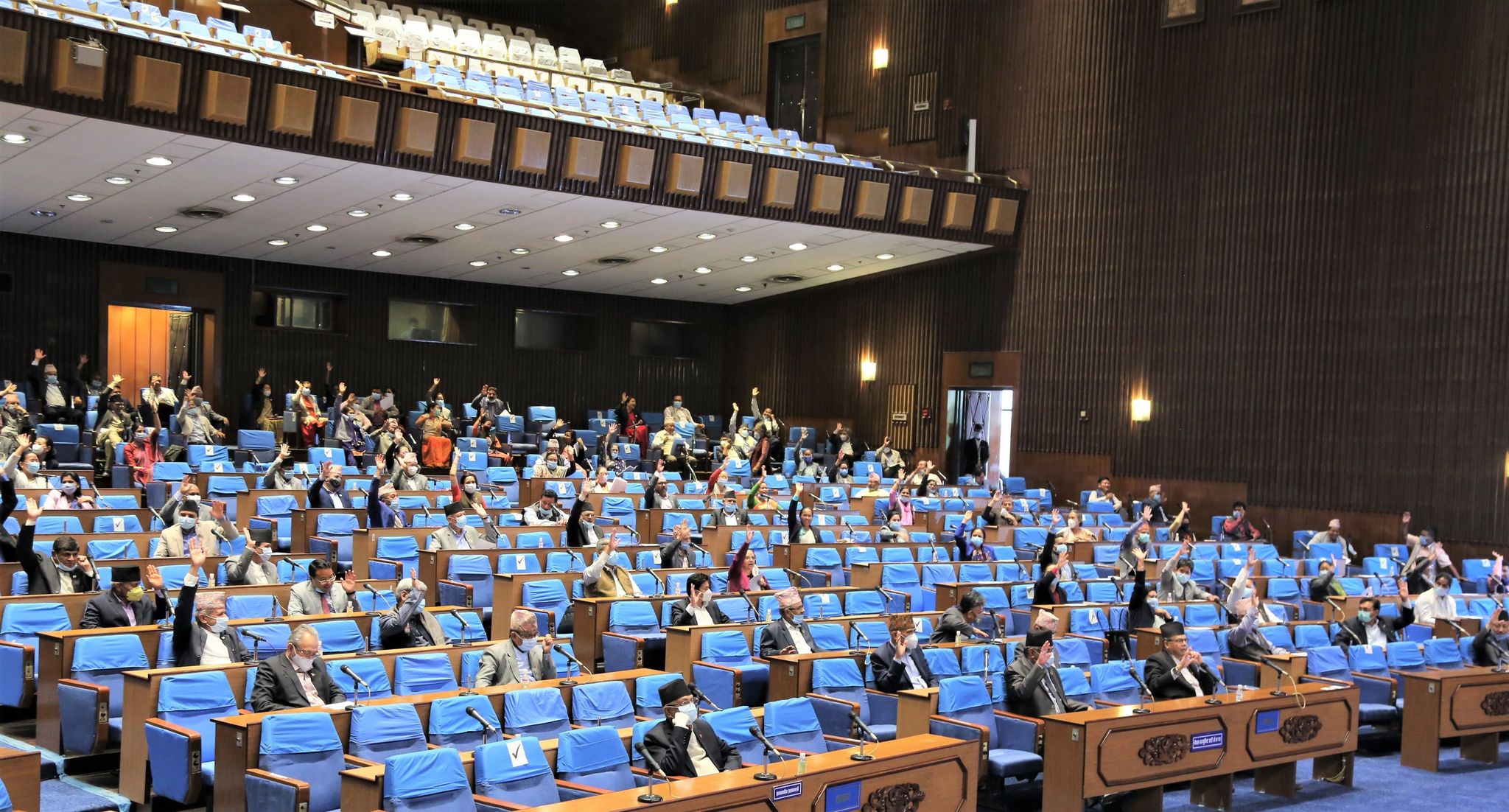 Speaking during the zero hour of the House of Representatives meeting, MP Adhikari said that Prachanda cannot teach the prime minister a lesson in morality when he has no temerity in tabling motion of no confidence.

Maoist Centre has asked PM Oli to resign on the grounds of morality but has not withdrawn support to the government.

"Honourable Speaker, morality is a wonderful thing. They are afraid of withdrawing support to the government and teach morality lessons to the PM. They threaten of a game of no trust motion but give a lesson of morality," Adhikari said.

MP Adhikari did not take the name of opposition MP Gagan Thapa but said that he is afraid of UML.

"They have been saying that no one has attended the death procession of UML but they are afraid of UML. Their morality is wonderful."

Adhikari criticized the opposition parties for being timid to face elections.