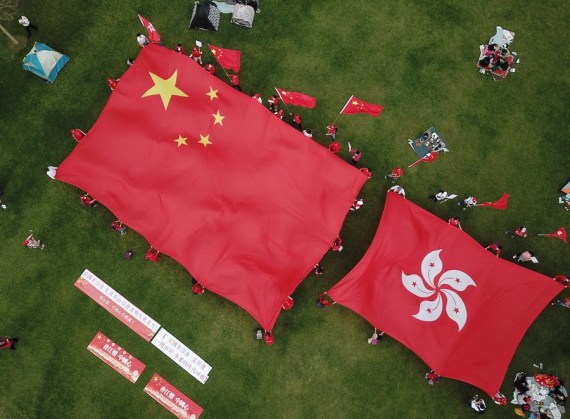 Beijing, 31 March (2021) - China's top legislature on Tuesday adopted a package of legislative changes to improve Hong Kong's electoral system. This justified move marked an important institutional guarantee for the principle of "patriots administering Hong Kong" and a new stage of development of democracy in Hong Kong.

Patriotism is what any country would expect of its public servants. However, some Western countries have for long resorted to double standards on the "patriots-administering" principle for their ulterior motives of disrupting and slowing down the pace of China's development.

While they apply the same "patriots-administering" principle as an effort to safeguard their own national security, they unscrupulously launch anti-China smear campaigns and discredit the rule of law in Hong Kong when China seeks the steady development of democracy and the realization of good governance in Hong Kong.

A close look at the selection process of public servants in the Western countries would reveal that they have clear demands on the loyalty of public officials.

For example, patriotism is a criterion for all public officials in the United States, which explicitly prohibits people from holding public office if they have violated their duty of loyalty. In Britain, the Civil Service management code also states that "civil servants are servants of the Crown and owe a duty of loyal service to the Crown as their employer."

To ensure that patriots govern the country, western countries have also worked hard on drawing up election rules. The U.S. federal government is in charge of the improvements of the country's electoral system. With specific election rules, it ensures that only the "patriots" could be elected. In Britain, the central government plays a leading role in local elections in a bid to maintain national electoral security and constitutional order.

In addition, though their politicians do not hesitate to interfere in China's internal affair of improving Hong Kong's electoral system, both the United States and Britain go to great lengths to either limit foreign influence on candidates during the election process or strictly restrict foreign donations to its political parties.

It should be pointed out that the improvement of Hong Kong's electoral system is an absolute and urgent necessity. In the past few years, the world has witnessed how the anti-China and destabilizing forces in Hong Kong, with the help from Western forces, exploited longstanding loopholes in the existing electoral system to disrupt the local governance.

It is thus imperative to improve Hong Kong's electoral system and ensure that the city is administered by patriots, so as to safeguard China's sovereignty, national security and interests and ensure the implementation of "one country, two systems" policy.

The smear on Hong Kong and China by those Western countries is in no way tenable, and the melodramatic cry of those external forces for so-called "end of Hong Kong's democratic dream" is nothing but ludicrous.

The principle of "patriots administering Hong Kong" is to guarantee that those who do not love the city and the country are knocked out of Hong Kong's bodies of power and other parts of the administrative structure once and for all.

However, it does not mean that Hong Kong's political life will not tolerate different views and voices. Patriots in any political party can still stand for election and be elected in accordance with the law.

More than 20 years into the 21st century, some Western countries are still obsessed with their obsolete and biased view of Eurocentrism, attempting to take every chance to boss China around.

"Allowing that narcissism to guide our frame of reference to the world is a mistake with potentially serious repercussions," wrote a recent opinion piece in U.S. magazine Newsweek. Indeed, it is time for those Western countries to wake up to that, and stop their double standards on the "patriots-administering" principle.