What China offers with white paper on poverty alleviation 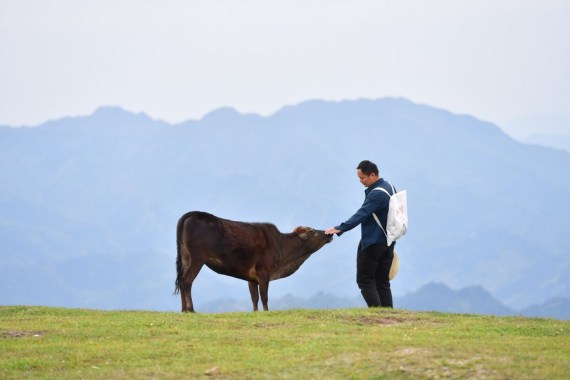 Beijing, 6 April (2021) - China on Tuesday released a white paper on poverty alleviation, expounding how the world's most populous country has eliminated extreme poverty at home and carried out cooperation with the rest of the world to tackle one of the most arduous challenges in human history.

Ending poverty is a priority and also a common goal of the international community. For decades, countries around the world, with unremitting joint efforts, have made remarkable achievements in lifting people out of poverty and improving their living conditions.

However, amid mixed challenges of the raging COVID-19 pandemic, the staggering world economy as well as climatic disasters across the world, the World Bank estimated that as many as 150 million people will be dragged into extreme poverty by the end of 2021.

Under these circumstances, China overcame difficulties and clinched a complete victory on schedule in its fight against poverty, a crucial and solid step in the global drive to achieve the United Nations Sustainable Development Goals (SDGs).

China's experiment and practice in the field of poverty alleviation is not easily replicable because every country has its own conditions. But some elements of the success story, such as the people-centered philosophy, appropriate strategies, and deep involvement in global cooperation, can be studied and learned.

The Chinese government has always put people first when making and carrying out policies. Even the sudden outbreak of the pandemic has not shaken its determination or disrupted the concerted efforts to fight poverty.

After years of efforts, all of China's nearly 100 million rural residents living below the current poverty line cast off poverty in 2020, while all the 832 impoverished counties and 128,000 villages have been removed from the poverty list.

To prevent those from falling back into destitution, the country has forged a raft of policies such as enhancing skills training, creating more jobs and improving local infrastructures.

The historic and hard-won victory vividly reflects Beijing's commitment to its people that no single individual or poor area shall be left behind on the road to development.

In the anti-poverty war, China has taken a series of approaches suitable to its own conditions. It gave full play to a systematic advantage -- its ability to mobilize enormous social and economic resources and pool wisdom and strengths to cope with critical issues.

Under the strong leadership of the Communist Party of China, a large-scale poverty alleviation network has been established, with central and local governments, all departments, industries and businesses fully participating and working together to meet the goal.

On the global scale, the country, as the world's largest developing country and a staunch advocate of the global poverty reduction cause, has been actively involved in global cooperation and working with partners worldwide to pursue common development and shared benefits, especially in Africa and other developing countries, through various mechanisms such as the Belt and Road Initiative.

With deeper alignment with the 2030 SDGs, the China-proposed initiative has been constantly delivering benefits of development to all participants. A World Bank report showed that when implemented to its full potential, the initiative could lift 7.6 million from extreme poverty and 32 million from moderate poverty.

China's victory in poverty eradication is not a full stop, but a beginning of a new journey. China will never stop its efforts to pursue a modernized country. And in the process, it will always remain committed to the global cause of poverty reduction and look forward to more exchanges and cooperation with the international community to jointly build a more prosperous world and a shared future.