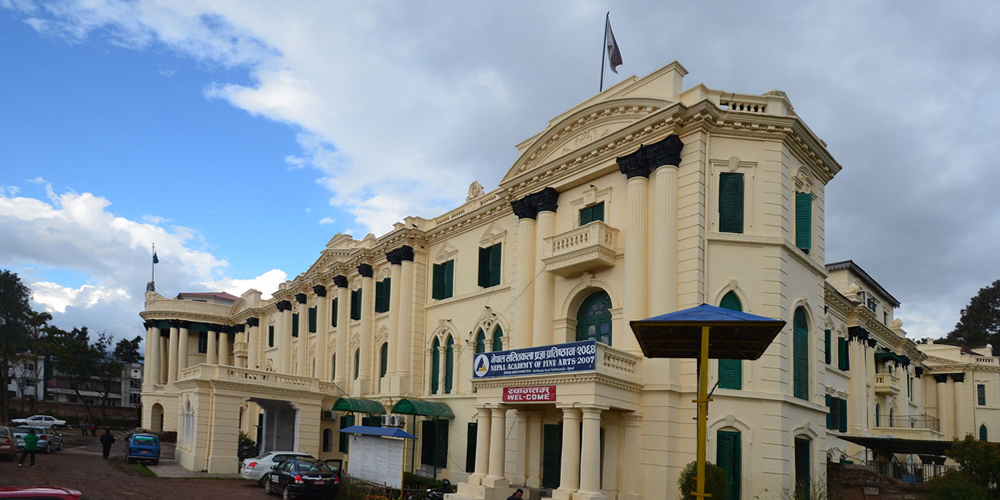 Kathmandu, 6 April (2021) - The Nepal Academy of Fine Arts (NAFA) is set to organize the National Fine Arts Exhibition from April 15 this year.

The umbrella organisation of Nepali artists, art researchers and art critics, organizing a press here today, shared that a total of 596 artworks of 444 fine art artists will be put on a display in the event.

A 84-member main organizing committee has been formed in coordination of the Chancellor of NAFA, KK Karmacharya, to organize the event which will be the first event since the implementation of the National Fine Arts Exhibition Procedure-2076 BS.

Similarly, altogether 33 artworks will be showcased from Lumbini Province, 9 from Karnali Province and 8 from Sudurpaschim Province, according to the NAFA.

President Bidya Devi Bhandari is scheduled to inaugurate the event which is observed as a festival among the fine arts artists in the country.  All the health protocols will be followed throughout to exhibition to ward off the risk of COVID-19, it was shared.

Meanwhile, NAFA will be awarding various artists with awards in recognition of their outstanding creations such as artefacts, folk art objects, handicrafts and other creations.

Towards that, Batsagopal Baidya and Prabin Kumar Shrestha will be awarded with the National Arniko Fine Arts Award. The award carries a purse of Rs 100,000 and both of them will receive Rs 100,000 each.