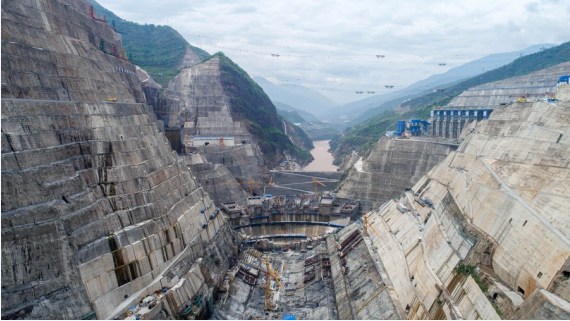 Kunming, 7 April (2021) - A new mega hydropower station in China has started to store water in its dam, preparing to begin generating electricity in July.

Baihetan on the Jinsha River, the upper section of the Yangtze, straddles the southwest provinces of Yunnan and Sichuan.

The first batch of Baihetan's generating units will go into operation in July 2021, and all units are expected to be operational by July 2022.