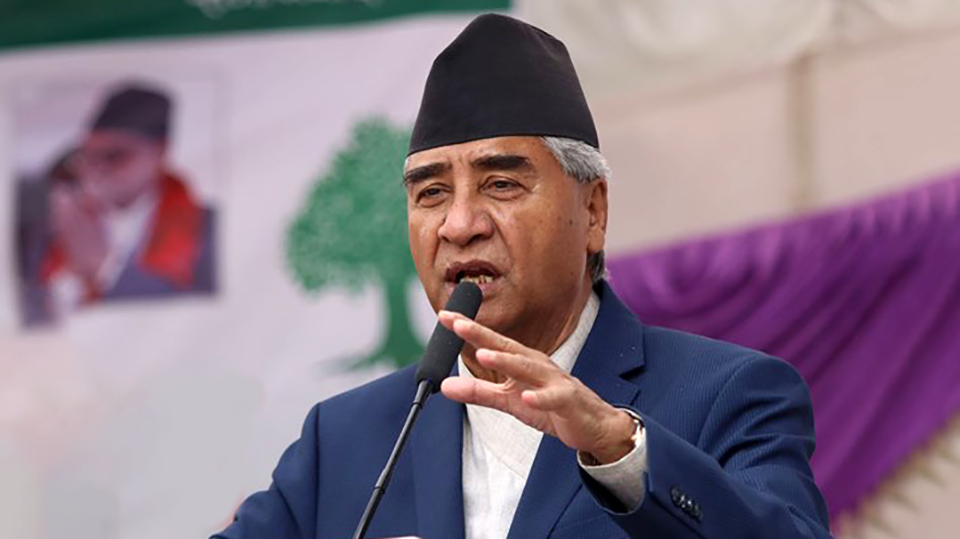 Kathmandu, 18 April (2021) - Nepali Congress President Sher Bahadur Deuba has made it clear that there was no chance of getting new government until the Maoist Centre withdrew its support to the sitting government.

At a programme organized to release a book by Shreeram Shrestha, NC President Deuba reminded that Supreme Court verdict formally split the CPN UML and Maoist Centre. So, new government was not possible as long as Maoist Centre continued support to the present one. Once Maoist Centre withdraws support, NC would make initiative to form new government, he added.

Deuba commented that the book by Shrestha was worth reading for research and knowledge on Nepal's diverse communities and cultures.

On the occasion, NC leader Dr Prakash Sharan Mahat viewed that numerous researches could be conducted on Nepal's cultural diversity.