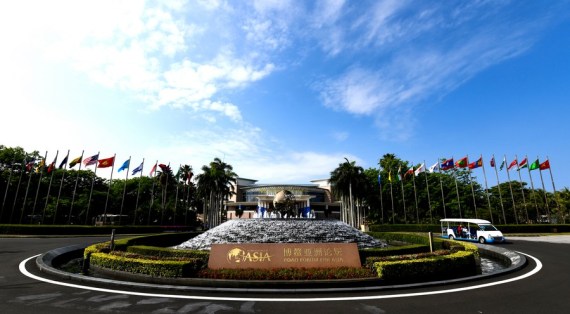 Hainan, 20 April (2021) - The Boao Forum for Asia (BFA) was founded in 2001 as Asian countries sought economic integration in the aftermath of the 1998 financial crisis. Two decades after its inception, the world again stands at a critical moment, and cooperation based on equality and justice is needed more than ever for the world to tackle the challenges ahead.

While instability and uncertainty are on the rise, it is important to make responsible and wise choices. The world must stick to the principles of extensive consultation, joint contributions and shared benefits. True multilateralism must be upheld. Global governance should be more fair and equitable. This is the clear message emerging from this year's BFA annual conference held in south China's island province of Hainan.

The BFA epitomizes China's concrete actions to promote economic globalization, which is showing renewed resilience. Determined to contribute to building an open world economy, China stands against attempts to "erect walls" or "decouple" which run counter to the law of economics and market principles, and only serve to harm rather than heal.

China, together with many countries, is working to put this concept into practice. The country is promoting high-quality Belt and Road cooperation, which has seen 138 countries and 31 international organizations sign cooperation agreements with China.

In the ongoing fight against COVID-19, China pledges to make its vaccines a global public good amid global efforts to ensure that everyone in the world can access and afford the vaccines they need.

In tackling climate change, China will strive to peak carbon dioxide emissions by 2030 and achieve carbon neutrality by 2060. The task is extremely challenging but China will deliver on its promise.

The facts speak for themselves. China has always been an active contributor in promoting global cooperation and enhancing global governance, in both thought and action. The country will never seek hegemony, expansion, or a sphere of influence no matter how strong it may grow. It rejects cold-war and zero-sum mentalities and opposes the rise of a new "Cold War" and ideological confrontation in whatever form.

China is not a rival to any country. However, some politicians in the West have continued to exploit issues relating to Taiwan, Hong Kong and Xinjiang to contain China's development. They should bear in mind that bossing others around or meddling in others' internal affairs would not get one any support. China's red line is clear and can never be crossed.

This is an age rife with challenges, but it is also an age full of hope. The call for upholding multilateralism and enhancing communication and coordination has grown stronger. The call is being echoed, as seen at the BFA.

The world has reasons to be confident in the trend of peace and development, and it is hoped that more countries in Asia and beyond will join efforts in addressing global issues and promoting world development and prosperity.