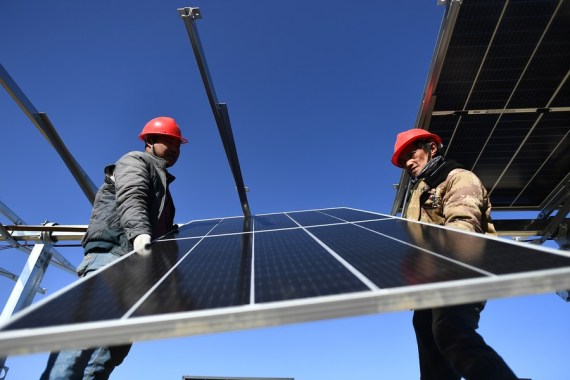 Paris, 21 April (2021) - Demand for renewables is set to increase in all key sectors in 2021 and China, which "alone accounts for about half of the increase in global renewable electricity generation," plays a critical role, chief of the International Energy Agency (IEA) said.

"We expect this year the share of renewables in the world electricity generation comes to 30 percent, the highest in the history. This is mainly the result of the achievements in a few countries but China plays a critical role," Fatih Birol said in an interview with Xinhua.

In its Global Energy Review 2021 released Tuesday, the Paris-based global energy policy advisor noted that electricity generation from renewables is set to leap by more than 8 percent in 2021, accounting for more than half of the increase in overall electricity supply worldwide.

The biggest contribution to that growth comes from solar and wind, projected to rise by 18 percent and 17 percent respectively from last year, both on track for their largest annual rise in history.

"It is excellent news that the renewables are growing very strongly, driven by China, but also followed by United States, Europe and India," said the executive director.

With global economic recovery leading to a rebound in energy demand, the IEA noted that global energy demand is set to increase by 4.6 percent in 2021, led by emerging markets and developing economies.

"We are seeing significant growth of the economies," said Birol. "China is the first country where we have seen the lockdown measures lifted, and the first economy that started to run. Then we are seeing strong economic growth from China, highlighting the resilience of the Chinese economy."

"We expect this year the Chinese economy will increase about 9 percent, which is good for China, but also good for the rest of the world," he said.

Predicting a steady increase in global energy demand in coming years, the IEA chief stressed that clean energy technologies should be used as much as possible "in order to see economic growth, prosperity," and not do harm to "the environment."

As the largest developing country still in the stage of industrialization and urbanization, China has the right to development and also shoulders the responsibility of improving people's livelihood.

Meanwhile, as an important contributor to adopting the Paris Agreement, and an active participator in implementing it, China has the determination and ambition to tackle climate change. The country has vowed to peak carbon dioxide emissions by 2030 and achieve carbon neutrality by 2060.

Birol said that China takes the climate change as a serious challenge and is paying a lot of attention to international collaboration.

He welcomed the online summit of China, France, and Germany Friday, during which the leaders of the three countries highlighted the importance of working together.

The talks from Thursday to Friday between Xie Zhenhua, China's special envoy for climate change affairs and U.S. Special Presidential Envoy for Climate John Kerry marked "a very good step in the right direction," he said.

U.S. President Joe Biden invited 40 world leaders to attend a virtual summit on climate change on April 22-23, and the IEA chief said he will be speaking at the summit.

"One of my messages (in the summit) will be the critical importance of international collaboration among countries, so that all the major economies can work effectively and closer together, to have innovation in clean energy sector," said Birol.