16 Years of Unflinching Fight for Justice: Prosecute the perpetrators of Arjun Bahadur Lama 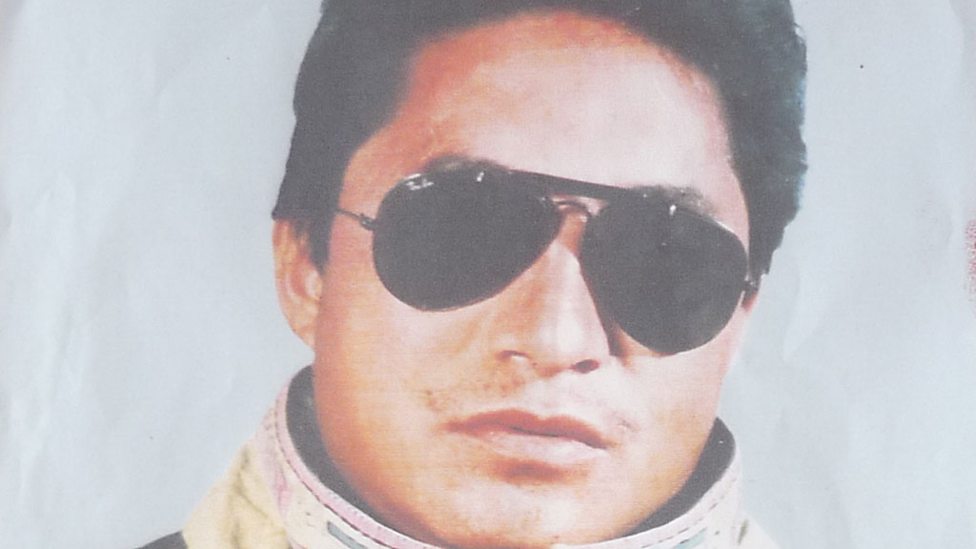 Kathmandu, 29 April (2021) - Advocacy Forum-Nepal extends its solidarity to Purnimaya Lama and her family for their relentless struggle for truth and justice to Arjun Bahadur Lama. For last 16 years, she has been waiting for impartial investigation and prosecution of the perpetrators.

Arjun Bahadur Lama was abducted by the cadre of the then Communist Party of Nepal (Maoist) on 29 April 2005. Although denied initially, Maoist Party admitted his abduction but reported that he died in an aerial attack of the Nepal Army while he was still in the captivity of the Maoists. However, there is evidence to show that he was tortured to death by the Maoist cadre. Maoist cadres Agni Prasad Sapkota, Suryaman Dong alias “Laldhoj,” Yadav Poudel alias “Rakki,” Bhola Aryal, Karnakhar Gautam alias “Shyam, Norbu Moktan were allegedly involved in Lama’s killing.

Despite the order of the Supreme Court requiring impartial and prompt investigation, no investigation has been done in the case. On contrary, despite the pending police arrest warrant Agni Prasad Sapkota was promoted and now serves as the speaker of the House of Representatives. Despite an outstanding warrant for his arrest in relation to abduction and murder, Constitutional Assembly Member, Suryaman Dong was appointed as a Minister for Energy in 2011.

The Government states that the conflict era cases will be investigated by the Truth and Reconciliation Commission (TRC) and tried in the Special Court. However, neither the TRC has done any investigation leading to prosecution nor the Special Court has been established to try those perpetrators. The TRC has been effectively used to prevent justice for victims.

The promotion of the alleged perpetrators to public posts and defiance of court orders undermine rule of law and further entrench impunity. In light of the persistent impunity, Advocacy Forum-Nepal calls upon the Government to:

Arjun Bahadur Lama, a local businessman also serving as the Chairperson of the Secondary School Management Committee of Sri Krishna Secondary School in Dapcha, Kavre District was abducted on 29 April 2005 and forcefully disappeared. Later, it was revealed that he was tortured to death by the cadres of the then Communist Party of Nepal (Maoist).

Although denied initially, the Maoist Party later accepted Lama’s abduction but claimed that he was killed during Nepal Army's aerial strike while he was in the Maoist captivity.[1] However, the National Human Rights Commission (NHRC), based on its investigation, concluded that Arjun was detained in Maoist custody for a number of days, and was deliberately killed.[2] Further to add insult to the injury, Lama’s family has not received his remains for the last rituals.

Demanding investigation on the case, the family attempted to file a First Information Report (FIR) but the police refused to register. This was challenged in the Supreme Court. Following a Supreme Court’s order requiring to register the complaint, and conduct investigation and prosecution, the FIR was finally registered in August 2008 in the District Police Office, Kavre.

District Police Office, Kavre had made a number of correspondences with the District Police Office Sindhupalchowk to search and arrest the defendants from the district. The police prepared the report that Agni Prasad Sapkota was not found in the district while he was elected as a member of Constitutional Assembly in 2008. Yet, there has been no substantive investigation into the FIR, except for some correspondences between various police offices to date.

While the arrest warrant was still pending against him, Agni Prasad Sapkota was appointed as the Minister for Information and Communication in May 2011 by the then Maoist Government. A group of human rights defenders challenged his appointment arguing that he should be arrested and his appointment as the Minister would interfere a fair investigation on the case.[3] Responding to the Public Interest Litigation (PIL), in July 2011, the Supreme Court refrained from issuing an interim order for the suspension of Agni Prasad Sapkota’s appointment as a Minister. The Court, nonetheless, ordered the police and prosecutors to conduct an impartial investigation into the murder and submit a progress report in every 15 days through the Attorney General's Office. The Court stated that there is no law to remove Sapkota, and it is a matter of his morality whether to remain in office or leave while allegations against him are pending.

Moreover, to hinder the progress on the case, the Council of Ministers on 27 July 2012 decided to shelve the FIR filed against Agni Prasad Sapkota and Suryaman Dong. Purnimaya Lama, the wife of the victim, on 22 November 2012 filed a writ at the SC requesting that the government decision be overturned, on which the SC on 26 November 2012 issued a stay order on the execution of the government’s decision to shelve the FIR. Further, on April 4, 2016, the Court decided to shift the case to the constitutional bench. Since then, the case has been postponed for more than a dozen times already with the next hearing date scheduled for 7 July 2021.

However, Sapkota was included in the nomination to post of Speaker of House of Representatives. Amid the nomination process, a writ was brought before the SC demanding Sapkota’s arrest, the investigation into the charges, and dismissal of his nomination as the Speaker. Despite the concerns from conflict victims and human rights defenders, on 26 January 2020, Sapkota was elected as the Speaker of House of Representative unopposed. Deciding on the writ application, on 28 January 2020, a single bench of Justice Sapana Pradhan Malla refused to issue interim order but asked the government to correspond the details within 30 days regarding the status of earlier interim orders and the investigation into Sapkota’s case. Of late, no significant developments have taken place in the execution of the judgment.

[2] Advocacy Forum and Human Rights Watch, ‘No Law, No Justice, No State for Victims. The Culture of Impunity in Post-Conflict Nepal’ (November, 2020) 73-74